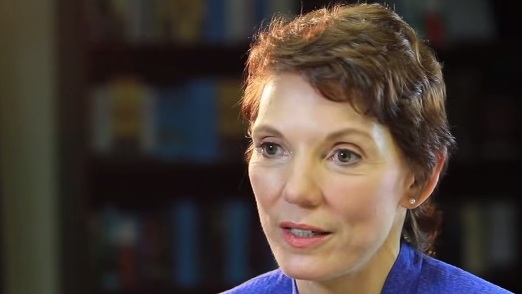 “These practices are absolutely unacceptable… and an egregious interference with women’s rights….” ~  Hillary Clinton.

“Forced abortion is not a choice and the traumatic effects of it have consequences if you choose it or not….” ~  Michell Spoden.

These statements refer to China’s one-child policy and the terrible details of forced abortion, in a manner that violates women’s basic rights. On this topic, I would like to share my correspondence with Reggie Littlejohn, a women’s rights activist who is an attorney from Los Angeles and who has raised a voice of protest against forced abortions in China.

Michell: Reggie, please tell our readers a bit about your background and your goals?

Reggie Littlejohn: My name is Reggie Littlejohn. I was born in Los Angeles, California. I am an attorney and graduate of Yale Law School – and practised litigation in the San Francisco Bay Area for about eight years. I am now president of Women’s Rights without Frontiers (WRWF), a broad-based, international coalition that opposes forced abortion, “gendercide” and sexual slavery in China.

Our immediate goal is to expose and oppose the coercive enforcement of China’s One Child Policy and gendercide – the sex-selective abortion of baby girls. We also raise public awareness regarding the connection between this coercion and human trafficking in Asia, and the other human rights abuses that arise out of this coercive enforcement. Our long-term goal is to champion freedom, justice and women’s rights, in China and worldwide, by exposing violations of women’s rights, equipping governmental bodies, the media, and the public to understand these violations, and extending help to the victims themselves, as well as to those who stand up for freedom and justice for women.

We are unique in that we are building a left-right coalition of pro-choice and pro-life advocates to oppose forced abortion, gendercide and sexual slavery in China.

Michell: Would you say there is a divide between pro-life and pro-choice on the issue of abortion?

Reggie Littlejohn: When it comes to forced abortion, it does not matter whether you are pro-choice or pro-life. No one supports forced abortion, because it is not a choice. One woman out of every five on earth is Chinese. The coercive enforcement of China’s One Child Policy gives rise to the greatest women’s rights atrocity on earth, because of the sheer numbers involved.

Michell: Please explain to our readers exactly what the “One Child Policy” is and how it works in China.

Reggie Littlejohn: The “One Child Policy” was officially established on September 25, 1980 to control the population in China. It is enforced through forced abortion, up to the ninth month of pregnancy. It is also enforced through involuntary sterilization and coercive contraception.

The Chinese Communist Party boasts that it has “prevented” 400 million births through its One Child Policy. This is greater than the entire population of the United States. China has approximately 13 million abortions per year. That’s 35,616 abortions a day or 1484 per hour. Many of these are forced, and most of those births “prevented” are females.

China’s One Child Policy causes violence towards women and girls in the following ways:

1. Forced abortion can occur up to the ninth month of pregnancy. Some forced abortions are so violent that the women themselves die, along with their full-term babies.

2. Women who have violated the policy are often victims of forced sterilization, which can lead to life-long health complications.

3. A document leaked out of China in November 2009 discusses methods of infanticide, including the puncturing of the skulls and injecting alcohol into the brains of full-term babies, usually girls, to kill them during labor.

4. Because of the traditional preference for boys, sex-selective abortion of girls is common — a form of “gendercide.”

5. Because of this gendercide, there are an estimated 37 million more men than women in China today. This gender imbalance is a major force driving sexual slavery of women and girls in Asia.

6. China has the highest female suicide rate of any country in the world – approximately 590 women a day.

Michell: How did you get involved in helping women in China?

Reggie Littlejohn: As an attorney in San Francisco, I represented Chinese refugees in their cases for political asylum in the United States. My first refugee was a victim of forced sterilization. Until that time, I knew that China had a One Child Policy. I did not know that it is currently enforced through forced abortion and sterilization. I was appalled to learn that because China is so large, one in every five women on earth is subject to violent coercion under the One Child Policy.

Michell: Is it easy for many of us to assume that the forced abortion that is happening in China is only being forced on women in their first trimester? Is this true?

Reggie Littlejohn: It is not true that women are forcibly aborted only during their first trimester. These forced abortions can occur up to the ninth month of pregnancy. These procedures are so violent that sometimes the women themselves die, along with their full term babies.

Here are the cases that stand out most in my mind:

In June, 2012, Feng Jianmei was beaten and forcibly aborted at seven months. Women’s Rights without Frontiers broke this story to the west. The European Parliament took action, condemning forced abortion, especially under China’s One Child Policy, and citing the case of Feng Jianmei; http://www.womensrightswithoutfrontiers.org/blog/?p=1759.

In 2009, I testified in the U.S. Congress with a woman whose pen name is Wujian. She testified behind a privacy screen, with a black scarf wrapped around her head, for fear of retaliation against her family still in China. She suffered a brutal, late term forced abortion, in which the nurse showed her the severed foot of her dismembered baby. You can read her testimony heartbreaking testimony here: My Little Foot, My Lifelong Pain.

Liu Dan was kidnapped out of her home and was forcibly aborted at nine months pregnancy, despite the fact that doctors had stated that she should not be aborted at this stage because of her high blood pressure and unclear amniotic fluid. Sensing something was going wrong, her family burst into the room at the family planning clinic and found her bleeding from the nose, eyes, ears and mouth. Her family was begging the Family Planning Officials to call for emergency treatment. By the time the doctors arrived, it was too late. Liu Dan died. She was 21 years old. Liu Dan died of a forced abortion, nine months pregnant.

Wang Liping was forcibly aborted at seven months. The doctor asked her to pay for the disposal of the body of her baby.  When she said she didn’t have any money with her, they laid the body of her aborted baby next to her in the bed.

Michell: Are they only targeting female babies for abortions?

Reggie Littlejohn: Forced abortion occurs when a woman does not have a birth permit. This can happen whether the baby is male or female.

Regarding gendercide, the baby girls of China desperately need our help. According to one U.N. estimate, there are up to 200 million women missing in the world today due to gender ide, the sex-selective elimination of baby girls.  China has the most skewed sex ratio at birth of any nation: 119 boys born for every 100 girls. Because of this gender ide, there are an estimated 37 million Chinese men who will never marry because their future wives were selectively terminated. This gender imbalance is a powerful, driving force behind trafficking in women and sexual slavery, not only in China but in neighboring nations as well.

Michell: how is WRWF helping the women?

Reggie Littlejohn: WRWF is saving the lives of girls in China. Through our network on the ground in China, we are helping baby girls at risk. For example, our fieldworkers can identify women who are pregnant with girls and have scheduled themselves for a sex-selective abortion; and women who have recently given birth to girls and who are being pressured to abandon them. A fieldworker will go to the woman’s home and encourage her not to abort or abandon her baby just because she is a girl. We tell the mother that we will give her a stipend every month for a year to help her support her daughter. This stipend empowers the woman to resist those who are pressuring her to abort or abandon her daughter. Once these girls reach the age of three or four months, they are smiling and developing personalities. The entire family falls in love with them and often thanks WRWF for saving their lives.

We also give monthly support to women who are fleeing forced abortions, or whose family is suffering from such poverty that their daughter is at risk.

WRWF’s work is featured in the film It’s a Girl film, which is about gendercide in China and India. Please read and participate in our Save a Girl Campaign

Michell: What sort of things do you help this woman with after they have been through an abortion to heal?

Reggie Littlejohn: In China, there are no programs of which I am aware that bring healing to women who have had abortions, like there are in the United States. Our efforts concentrate on helping women avoid forced abortion or gendercide.

Michell: What is the United States doing to help combat this issue?

Reggie Littlejohn: Congressman Chris Smith has held many Congressional Hearings on the issue of China’s One Child Policy, and Congressman Frank Wolf has helped as well. As a whole, the U.S. government is not doing anything effective to combat this issue. Perhaps this is because of our debt to China. The lack of action by our government makes the efforts of Women’s Rights without Frontiers, a non-governmental organization, all the more important.

Michell: What can we, as foreigners, do to help stop this madness?

Reggie Littlejohn: There are several things that people in the west can do to help the women and girls of China.

People can sign our petitions to stop forced abortion in China.

Regarding gendercide, the sex-selective abortion of baby girls, Women’s Rights Without Frontiers has launched our “Save a Girl” campaign. As I mentioned above, we have a network of Field Workers who identify mothers at risk of forced abortion or gendercide in China. Our field workers establish contact with these women and offer them financial help to save their babies. We are stopping gendercide and forced abortion, one baby at a time.

Michell Spoden is the author of Stricken Yet Crowned and is also pursuing a transitional housing project for woman with an agricultural aspect. She has a degree in Business Science Administration and is finishing her bachelor`s in Project Management.