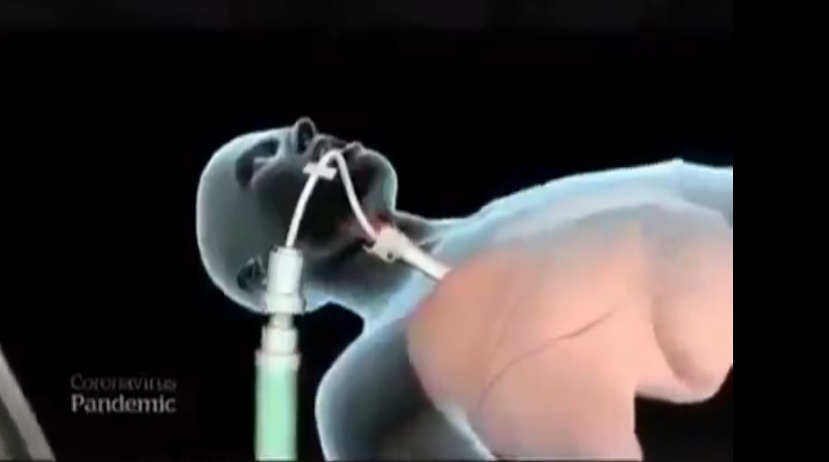 If you are a critic of the corrupt people in power and fall sick with the so-called COVID 19, stay away from hospitals if you want to live.

Gregg Prentice, 61, died on Saturday (September 11, 2021) at the Tampa General Hospital, within 24 hours of getting a positive test for COVID 19 – something highly unusual. Daily Mail reported that Prentice was placed on the ventilator.

The paper wrote that Prentice was placed on a ventilator and he died the next day, though they don’t know when exactly he was “admitted to hospital and when he died.” So much for professional journalism!

However the information of Prentice getting placed on a ventilator right off and then dying after it so soon at the hospital did create suspicion about his death, especially when seen in the background of Prentice’s fight against what he called Faucism and election fraud. Prentice was leading the Hillsborough County Election Integrity Committee.

Was Prentice becoming a threat to the election riggers and the criminal medical mafia to the degree that they decided to take him out using a ventilator? Jason Kimball, a friend of Prentice, reportedly asked for an investigation into the conduct of Tampa General Hospital for illegally incubating patients. Leftist propaganda source Yahoo News featured a story by The Daily Beast that cited Kimball as:

They’re intubating people illegally… When you call 911 and you go to that hospital, you’re going into a bad situation. So the story seems like a Kill-and-Silence act directed by criminals in the medical and media fields.

Journalist Stew Peters and investigator Dr. Jane Ruby discussed the dangers hospitals currently pose to the lives of patients, who go there to seek treatment for COVID 19, including the deadly use of ventilator while denying long-used safer drugs. Dr. Ruby asked, “How did our hospitals become the new killing fields?”

A patient going to a hospital for COVID 19 treatment now seems nothing different than a sheep walking into a slaughterhouse in hope of getting fresh grass. The butcher in the slaughterhouse uses hammer or knife to kill its victim; those wearing the white coats at hospitals use a ventilator.