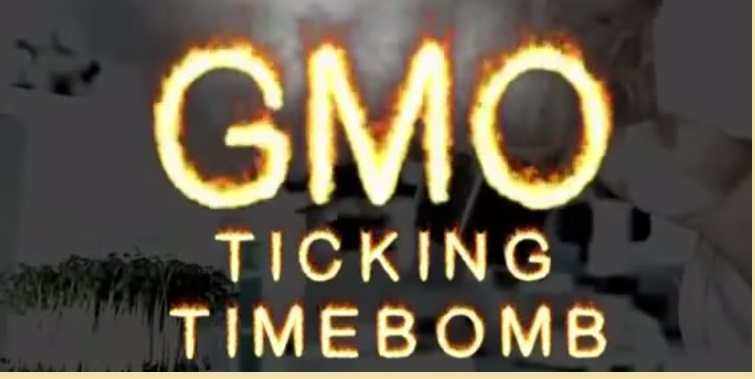 GMO Ticking Time Bomb is a short documentary written and directed by Gary Null. The film makes a case against Genetically Modified Organisms (GMOs) by highlighting its threats to health, environment, and society.

The documentary takes viewers straight to the health hazards of GMOs including increased risk of cancer, serious allergies, unpredictable genetic changes in one’s body, and even infertility. Health experts and scientists from different regions are shown commenting on the health risks of GMOs quoting research studies to support their claims.

The latter parts of the film discuss the environmental impact of GMOs, including the destruction of natural crops and useful microbes in soil as well as increased contaminations of the water and soil with toxins produced by GMO-related chemicals. Farmer suicides and decreased food production are also part of the film’s discussion as the participants draw attention to social issues arising from GMOs.

A number of interesting pieces of information and details surface in this film that usually are not discussed in mainstream news. For example, the FDA’s reasoning for not labeling GMO foods that the average person is too ignorant to tell GMO label from non-GMO label and the information that George Bush and US Ambassador to France actively stood against those political leaders in Europe who rejected GMOS. The film shows that there has been a lot of name-saving and cover-ups in mainstream media, something which needs to be kept in mind while watching or reading news.

I didn’t know about micro-RNA or that it is absorbed from food as such and incorporated in our cells. The documentary explains via an expert how the micro-RNA can alter our genetic code and pass it on to coming generations; with this new genetic code, we don’t know how it makes us vulnerable to diseases or abnormalities. This is where the film’s important point is made: the absence of research on something doesn’t mean that it’s safe to consume that thing—the absence could be a result of influence that wants people to stay ignorant on particular issues and products.

Also quite interesting, but not unexpected, is the information on how manufacturers like Monsanto categorize the same item (like GMO seeds) differently in different settings. That is a kind of clever strategy that I have known to happen in other sectors, like health, on an international level.

The creation of epicyte gene was also something new to me learned of via this film. It’s alarming to know such genes are being created by GMO industry and it makes sense why the industry would not like people to know of its presence. It has been claimed to cause infertility, which is no less than shocking. On the website http://gmoanswers.com/, Monsanto’s Biotech Regulatory Policy Lead has denied the claim that any of its products has epicyte gene or that any of its products have anything that kills sperm or egg cells. These kinds of claims are difficult to verify.

I feel GMO Ticking Time Bomb is an important film that every health-conscious individual needs to watch in order to think seriously about the choices they make. Ignorance after all is not always bliss; it can be killing dangerous if we don’t know where what we eat is coming from.