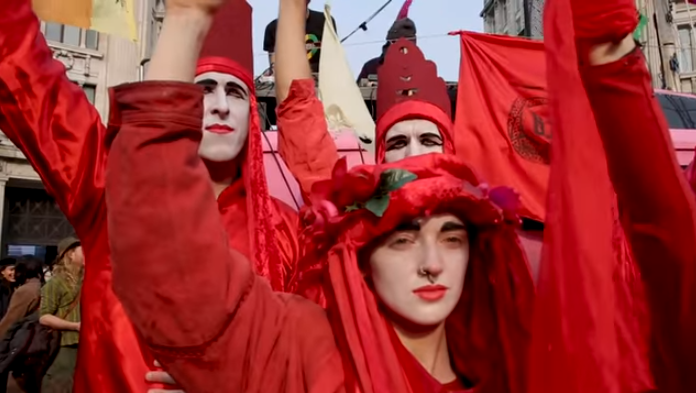 Leftist environmental activists have recently rebooted their activism under the banner of “Extinction Rebellion” – the claim that species are going extinct in recent times due to climate change and hence humans need to take urgent action to save species from extinction. The claim blames humans as the main agent of dangerous climate change.

Skeptics have long criticized and in many cases debunked these claims. But since the major media outlets are leftist, many very openly politically affiliated with the left-wing establishment, the masses are bombarded with their version of “truth”. And this has been propagated by both mainstream and social media, using public figures like Democrat congresswoman Alexandria Ocasio-Cortez, who continues to make incoherent and amateurish prophecies about how little time humans have left due to some global-scale climate disaster rushing at our world.

The movement attracted further attention with the left’s use of children in the activism, like the Swedish teenager Greta Thunberg, who lives with a developmental disorder called “Asperger Syndrome”. By putting a disabled child in front of the world to say some emotional lines on climate change’s impact, the left continues to add fuel to this firestorm of climate emergency created by them in media.

Around the time when the reboot of this environmental activism drama was acted out on various platforms of leftist leaning, hundreds of scientists/experts reportedly sent a letter to the UN challenging the claim of a climate emergency as echoed around by the extinction rebellion squad.

But this didn’t stop the squad or make them rethink their position. Instead, the squad turned into a mob and started closing streets, blocking bridges, and performing ridiculous circus-style acts in public squares in various countries, mainly US and Britain. Many events included children who’d miss school to participate in these events.

Now, stories are coming out about “environment-related anxiety” that concerned people are suffering from due to their terror of a potential climate disaster that could end the earth and life on it.

For the conservatives and skeptics, the Extinction Rebellion is yet another display of what they call “the loony left”. They want to go about their work and live normally while the leftists attempt daily to impose their hysteria on them. It’s a battle between sanity of one side and the madness of another. The audience of this blogs surely know which side is what.