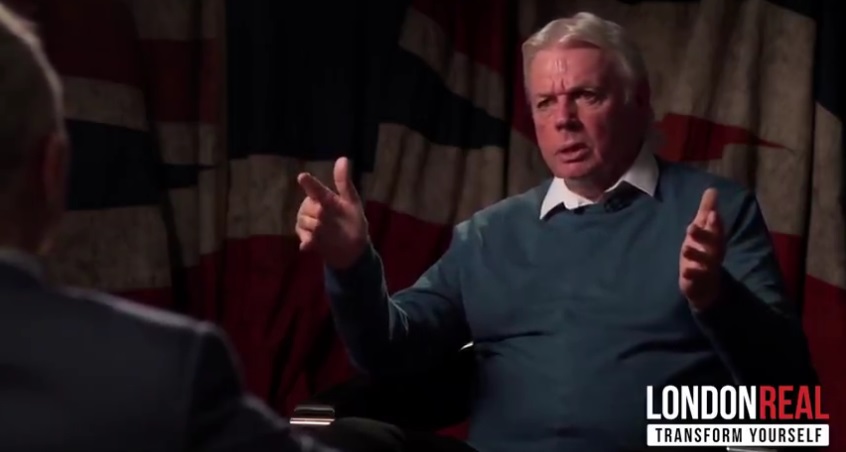 Both mainstream and social propaganda media outlets went into full-blown panic mode over the past week and censored or tried to discredit commentary on public health, the coronavirus infection, and the new 5G telecom technology.

Popular English skeptic, author, speaker, and commentator David Icke, whom the establishment/mainstream circles label as a conspiracy theorist, was interviewed by London Real about the current corona infection and 5G technology.

But as reported by the website Reclaim The Net, the YouTube video of Icke’s interview was soon removed in act of blatant censorship.

The video that YouTube removed was on track to reach similar levels of popularity and had amassed 339,000 total views and 64,000 peak concurrent live viewers, despite being online for just 30 minutes before it was deleted.

Activist Post reports that the interview went viral and “nearly broke the website due to historically high viewership”. The Post included the two-and-a-half plus hours of interview.

Free speech activists are calling it a new alert about the authoritarian control of social media sites while the people reject the establishment propaganda media that won’t invite skeptics and critics of the establishment’s narrative for sharing their views.

Another video blogger Dana Ashlie also pointed to the efforts of media/publishing platforms that suppress commentary on the health effects of 5G technology employing 60GHZ frequency of transmission. Her video (included below – at the time of this posting not removed yet from YouTube) shows her saying how BBC labeled her earlier video commentary as fake news or lies.

The health risks of any technology cannot and should not be overlooked and that is what alternative news sites like Natural News have been making people about. You can read the 7 Reasons why 5G is a threat to overall health on Natural News to get an idea of what is possibly st stake here.

Whether the speculation/skepticism of the 5G technology’s health effect is a fact or a so-called conspiracy theory, the approach of shutting down and censoring people’s views/speculation about the issue counts as tyranny and must be challenged. Or else, the freedom to question will be at risk.