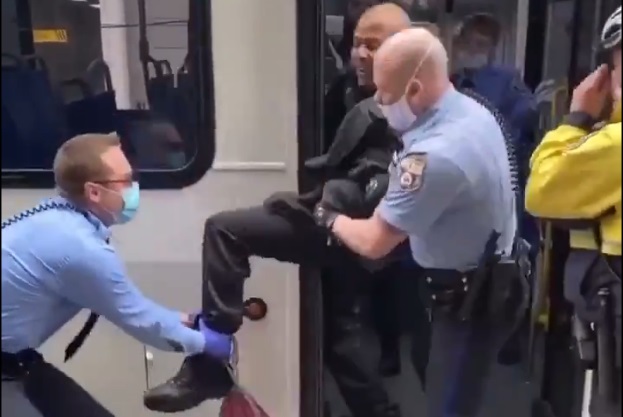 It’s here! Using the coronavirus scare as justification, the loony liberal government of Pennsylvania is forcing people to wear face masks on public transport. Those not obeying face forced removal from public transport.

K. Walker on Clash Daily reported today that the Southeastern Pennsylvania Transit Authority (SEPTA) has made it mandatory via a new directive for riders to wear a “face-covering” to take public transit. The story shows some passengers on a bus in Philadelphia not wearing masks being ordered by the local police to get off the bus.

One video, included as a tweet from the Philly Transit Riders Union, shows a SEPTA employee inside a bus ordering some passengers seated toward the back of the bus to get off the bus because they were not wearing masks. Interestingly, the employee himself is not wearing a mask.

Another video in the thread, one that reportedly went viral, shows a black man being dragged off the bus by a bunch of police officers as the man yells at them to let go of his “fucking leg”.

do riders know that they might be pulled off a SEPTA bus by 10 cops for not having a mask? pic.twitter.com/NnHXJC02E8

The twitter thread has sparked a big reaction from Twitter users most of whom are calling it an attack on people’s freedom. One comment by @_Proud_American reads:

NOT the #CoronaVirus, the bureaucrats, the globalists, and the evil #DemonRats together with their propaganda machine #MSM are assassinating our Constitution, our liberty, our economy, and our Country. 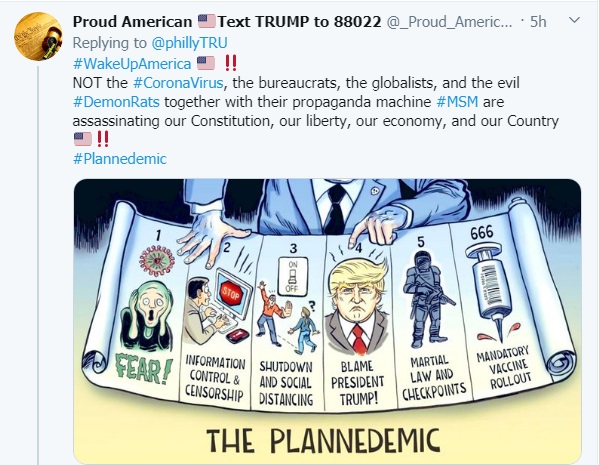 Conservative commentator and media analyst Mark Dice commented: “Next they’ll be doing this if you don’t take the vaccine.” 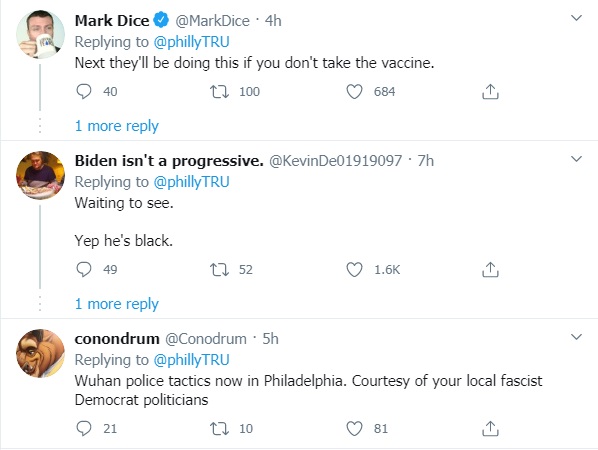 One tweet also points to the observation that the passenger dragged off the bus is a black man—referring likely to the general attitude of liberals/Democrats to create uproar of protest when police mistreats a black/minority person. But now when it’s the Democrat-run police dragging a black man off a bus, it’s all quiet on the liberal activist’s front. In their own police state, liberals seem to be all happy and quiet. Only the victims of their injustice keep screaming.