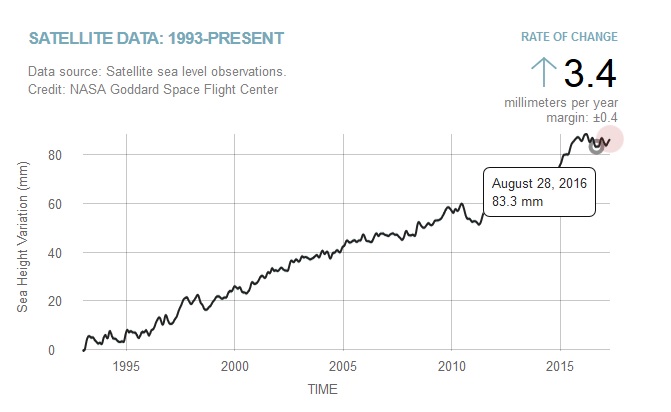 Climate change science has been subject to questions and criticism despite the heavy reiteration of the believers in global warming-climate change advocates. A recent news has again grabbed attention as it claims NASA’s data shows fall in average global sea level over the past two years.

Mac Slavo’s article NASA Confirms Falling Sea Levels For Two Years Amidst Media Blackout looks at NASA’s satellite data over the past two decades and finds a drop in sea level from 2015 to 2017. The graph shows measures of sea level from satellites with a reading of 87 mm on November 05, 2015. 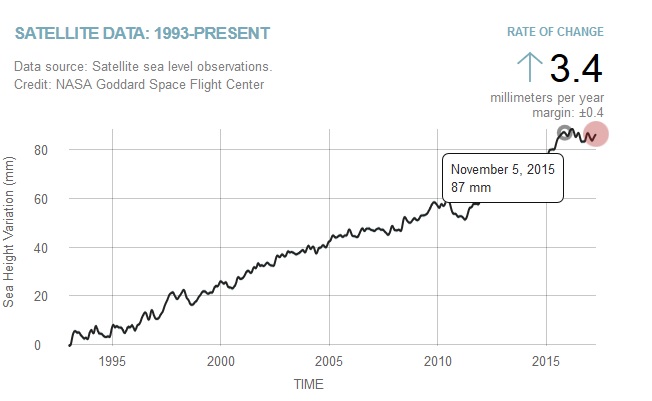 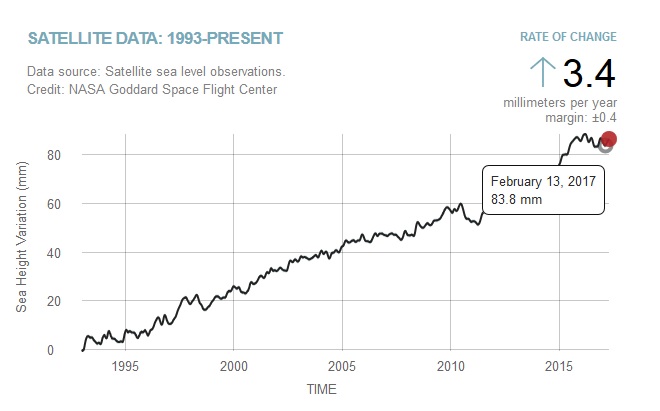 This pattern of an oscillating sea-level reading is seen in pretty much every year plotted on the graph based on NASA’s data. The confusing part, scientifically, is the sole correlation of sea level change with carbon-CFC content in the atmosphere—as proponents of global warming preach on mainstream media. Is the carbon-CFC content in atmosphere rising and sinking in the same proportion so as to cause these shifts in sea level?

Slavo’s article does point to mainstream media’s bias in creating news about climate change and sea level shifts. While the past two years have seen a slight drop in sea levels as apparent from NASA’s data, popular media haven’t talked about it.

Mark Twain had us beware against the trap of statistics as he called them one of the three kinds of lies. When it comes to science, stats are used more than anywhere else to assure people that a certain claim is true. But there are different factors that can cause certain stats/readings to swing this-or-that way and readers needs to be aware of possible flaws and unseen/hidden variables in the methods of research and the theoretical approaches of the stakeholders.