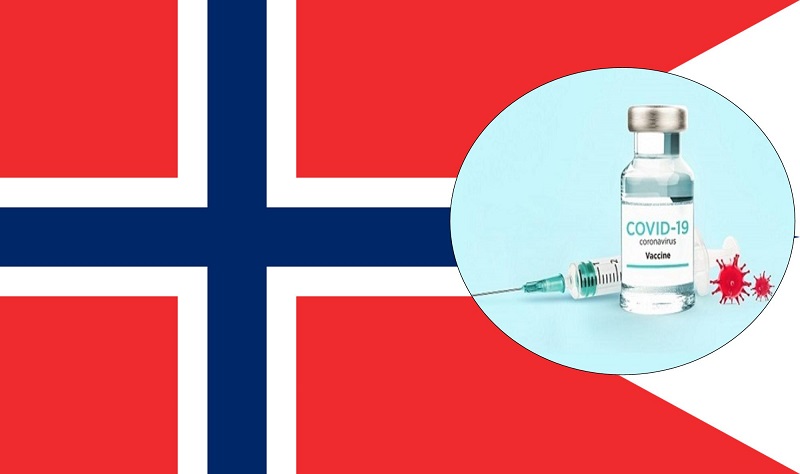 The COVID 19 vaccine continues to kill and injure people around the world. In the latest report, 23 people have died in Norway after getting the COVID vaccine.aaaaa

Summit News reported today that 23 people fell dead in Norway after taking the COVID vaccine while another 29 who got the shot are suffering from serious negative effects of the vaccine. Nine of these vaccine-injured people are said to be in critical condition. The victims are mainly older people whose immune system can’t fight off the dangerous RNA injected into them via the vaccine.

As expected, the mainstream media in and outside United States have blacked out on this story as media comprises outlets sold out to the global pharmaceutical network.

WakingtheFuture commented in a video on the news of reports from Norway where vaccine recipients have fallen dead after getting the shot.

Despite the massive cover-up exercised by the corrupt and complicit media cartels, the reports of COVID vaccine deaths and injuries continue to make news in independent news channels. The most shocking of these cases is that of a nurse Tiffany Dover in Chattanooga, Tennesee, who collapsed within 20 minutes of taking the COVID shot while posing on camera for a popular news outlet. Dover was then suspected dead while the media and the hospital, where she worked, tried to convince people that she was alive and well. Since then, she has disappeared altogether.

Unlike Dover’s case, the deaths and injuries caused by the COVID vaccine are not always immediate. In Florida, a 56-year-old healthy doctor got seriously sick and fell dead in two weeks of getting the COVID shot earlier this month. South Florida Sun Sentinel reported that the CDC is investigating the case, which translates into another cover-up since the CDC has been the extension of the vaccine industry and has covered up its own corruption scandals regarding vaccine research.