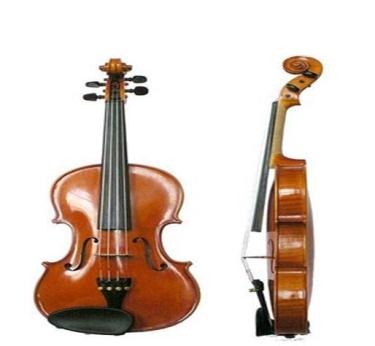 The Hettingers’ house is not available that night so our neighbors, Rich & Pam Smith, stepped up to host this event in their newly remodeled home just around the corner from the Hettingers’ house. Seating is limited, & this is sure to be a sellout so make your reservations early.
The requested donation for this event is $20 for CBA members, $25 for non-members, or $25 at the door on the outside chance there is any space available.

Laurie Lewis & the Right Hands is a celebrated nationally touring band that has headlined many bluegrass festivals, including the CBA Father’s Day Festival in Grass Valley & hardly needs any introduction. This is a very rare opportunity to see & hear them up close & personal in the intimate setting of a house concert. Don’t miss it! The band for this event consists of Laurie Lewis, Tom Rozum, Patrick Sauber, Simon Chrisman, & Tatiana Hargreaves (an exciting young ﬁddler).

In case you wanted to know more about them…..

Laurie Lewis is one of the most acclaimed and accomplished performers on the acoustic-music scene today. A stirring vocalist, gifted songwriter, champion fiddler, and topnotch bandleader, she has won a Grammy and twice been named Female Vocalist of the Year by the International Bluegrass Music Association. With nearly 20 solo, duo, and band albums to her credit, she has just released Blossoms (Spruce and Maple Music), a winning collection of originals and covers that explores new territory while remaining true to her beloved Americana roots. Laurie is joined by longtime musical compadre Tom Rozum (see below). Laurie and Tom started playing with Patrick Sauber in 2008, and there is an infectious excitement and chemistry in their music that cannot be denied.

Tom Rozum has been Laurie Lewis’s performing companion since 1986. A renowned mandolinist, he is also an accomplished fiddle, mandola, and guitar player; his vocal duets with Laurie call to mind the Louvin Brothers, the Everly Brothers, and other greats. Their 1996 CD, The Oak and the Laurel, was nominated for a Grammy, and Tom has also issued a highly regarded solo album, Jubilee. His crisp musicianship and comic banter add verve and excitement to every Laurie Lewis/Tom Rozum performance.

Patrick Sauber, from Arcadia, CA, has been playing old-time, Cajun, and bluegrass music ever since he can remember. His father, Tom Sauber, is a stalwart of the traditional music scene in Southern California. Under his father’s tutelage, 27-year-old Patrick has developed an ear and depth to his playing, a technical expertise, and an encyclopedic knowledge of traditional music forms that is rare in one so young. He is the perfect “utility man” for any band.
Simon Chrisman grew up on Bainbridge Island in the Puget Sound. He is an adept bassist with an impeccable sense of time. He is also a member, along with string wizards Tashina and Tristan Clarridge, of The Bee Eaters, with whom he plays hammered dulcimer. Maybe, if we’re lucky, he’ll play some dulcimer for us!
At 19 years old, Tatiana Hargreaves has what can only be described as an amazing career in music ahead of her. Raised in a musical family in Corvallis, OR, Tatiana has the genetic drive toward excellence and a real ear for old-time fiddling in particular. Playing with Laurie and the band gives Tatiana a chance to really delve into bluegrass fiddling, and she is proving to have a real knack for the genre. She is a person to keep your eyes and ears on.

John Hettinger will handle all the reservations, & Loretta’s pies will be served for refreshments. Email bluegrass@shaunv.com or call 916-990-0719.