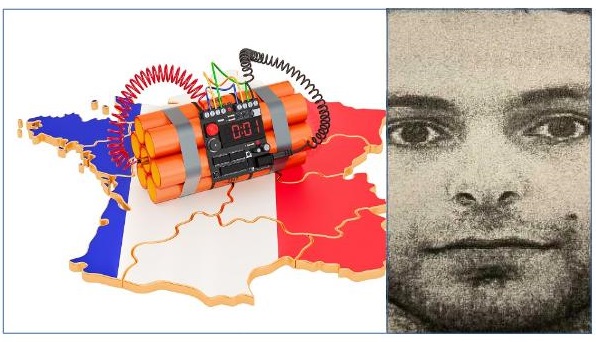 The mass shooter of yesterday’s massacre in Boulder, Colorado, is none else but yet another Middle Eastern Islamist terrorist who migrated to the US along with his family from Syria in 2002.

The New York Post published some details about the background of the 21-year-old mass shooter Ahmad Al Aliwi Alissa, who has been charged with 10 counts of first-degree murder – the people he shot dead at the grocery store in Boulder on Monday.

Alissa’s now-deleted Facebook page said he was “born in Syria in 1999 came to the USA in 2002,” the Daily Beast reported.

Who deleted the Facebook page of this Islamic terrorist is not mentioned in the story though it remains an important questions since his posting history could let the public see his intentions and motives. And while the police won’t say what his motives were, it’s obvious from his Facebook postings that he had serious anger and hate issues toward the non-Muslims in America as he believed they were his foes and were stalking him because he was Muslim – thanks to the leftist lamestream media that routinely engages in Islamist faith-baiting to agitate Muslims against America.

It is also seen that media has been misspelling Al Issa’s name as Alissa – in the real Arabic spelling transliterated into English as seen in his Facebook profile posts, Al is the definite article in Arabic equivalent to “the” of English language and Issa is the Arabic name for Jesus (who is regarded as a prophet in Islam, as against the God in Christianity). It is not clear why media is not printing his name as it is but changing it to Alissa.

And while the terror-friendly propaganda outlets like Reuters and other leftist sources of mass misinformation are omitting any details of his background and his angry faith-based posts, the question of Facebook’s tolerance for his posts remains unanswered. One also wonders where was the FBI during all this time while he posted angry rants against non-Muslims on Facebook? Tommy Robinson pointed out rightly on Parler:

The victims of the Boulder shooter Ahmad Al-Issa have all now been identified, curious to the motive behind this ISIS sympathiser, known to the FBI murdering scumbag’ attack!

Meanwhile the leftist propagandists who instantly blamed the Boulder massacre on their most-hated demographic – the American white conservatives – are reportedly scrambling to remove their posts from social media. Jim Crenshaw’s video on BitChute shows some examples of these ignorant clowns.