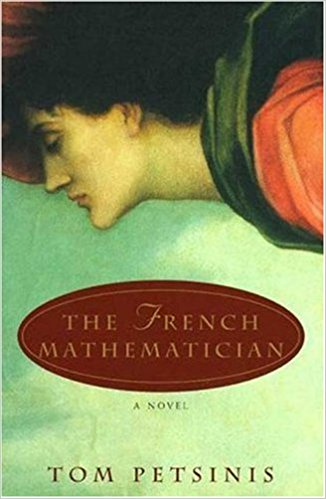 The young mathematics student narrates the events, and his circumstances, leading to the duel that would cost him his life. We see Galois struggling with his demons and hoping for a revolution that would change the way the world he is sick of operating. His obsession—mathematics—gets him entangled in a web of political activism while he is dragged on to the edge of sanity.

By narration, The French Mathematician is quiet the same as Tom Petsinis’s short stories (as in The Death of Pan). It reads more of a long short story than a novel in all its detail, or lack thereof, and constructions. The intensity of Galois’ character is consistent with the narrative voice, and keeps the reader engaged. Yet that atmosphere of novel is largely missing.

A good reading for people who love character-driven stories, and history of geniuses.