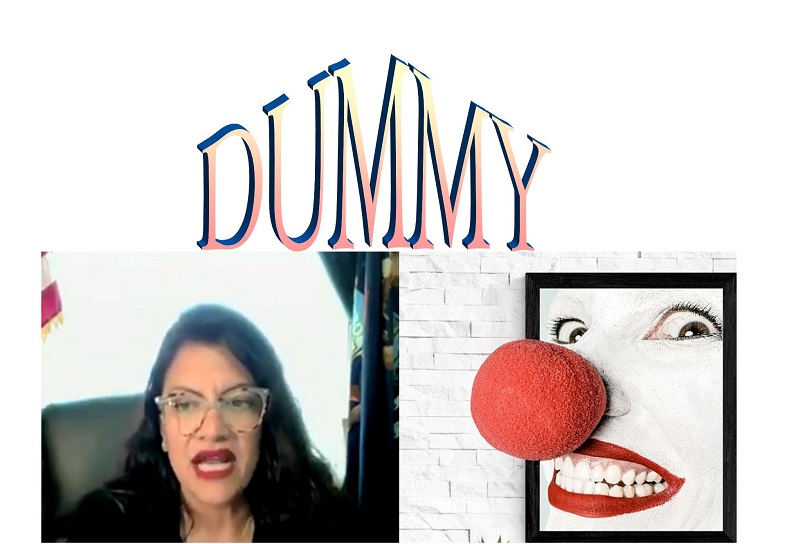 Mentally ill Muslim Democrat Rashida Tlaib, congresswoman from Michigan, earned epic humiliation at a recent hearing when her ass was handed to her by the CEOs of major bank.

In her usual crazed style, Tlaib was ranting about climate change. She struggled to read some claim about the International Energy Agency cutting global temperature rise while she was unable to properly pronounce the word Celsius – the unit for measuring temperature. Then she went on and challenged bank CEOs to agree to stop funding any new oil and gas products.

The very first answer was “Absolutely Not” by Jamie Dimon, the CEO of JP Morgan Chase & Co. Dimon added, “And that would be the road to hell for America.”

This slap in the face triggered Rashida Tlaib and she quickly unleashed a rant bomb in defense.  Angry and embarrassed Tlaib said:

“Yeah, that’s fine. That’s why sir, you know what, everybody that got relief from student loans, has a bank account with your bank should probably take out their account and close their account.”

Rep. @RashidaTlaib challenges bank CEOs to agree to stop funding fossil fuels, is rejected by every single one

Jamie Dimon: "That would be the road to Hell for America" pic.twitter.com/U7yr6AbtyF

Seeing that her stunt fell flat against the reality, Tlaib resumed her irrelevant ranting about climate change, public heath, and other usual nonsense. Since her campaign days, Rashida Tlaib is known for her asinine behavior, childish meltdowns, and fathomless stupidity.