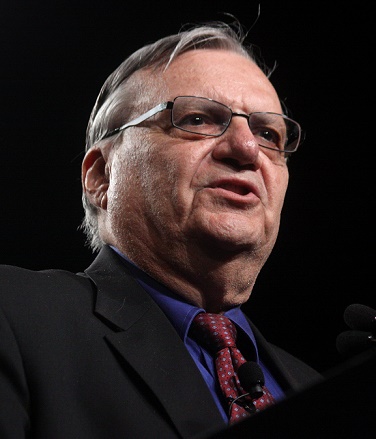 As reported in The Political Insider, Arizona’s Sheriff Joe Arpaio has called on 250,000 armed Americans in the state to carry their legally owned guns all the time. He believes that ISIS won’t stand a chance with armed citizens. How does this weigh against Obama’s logic?

Both logic and experience have failed Obama and his admin’s position that making strict gun laws would stop mass shootings. The stats are more evident in states with strict gun-ownership laws where gun violence and mass shootings are still as high or even more than states where guns are relatively easy to buy. California’s recent shooting is an example since the state is regarded as one with strictest gun laws.

Sheriff Arpaio says that it’s not possible for police to monitor everyone everywhere all the time. That is true. Everybody or every family can’t have a round-the-clock security guard. Self-defense does help. And if you are a big group of sitting ducks against a single attacker who got a weapon, legally or illegally, you are an easy target. San Bernardino’s shooting again is an example, so is yesterday’s tube station stabbing in London, UK.

The other main problem with Obama’s gun law rhetoric is his assumption that only people with criminal background would take to mass shooting and terrorism. The San Bernardino attacks and several others like it refute this view. These terrorists were respectable citizens with no criminal records. The man was actually a food inspector – a very responsible position. So if they were to buy rifles or any type of guns on the market, they would have no problem in legally getting them.

But guns, or their absence’ alone won’t tackle this threat of terror. You need to vet immigrants thoroughly is the big move that the government has to prioritize. The female terrorist from Pakistan coming via Saudi Arabia on a visa where she filed a fake/incorrect address shows holes in the immigration department’s performance. That is the place where you really need to do background checks.