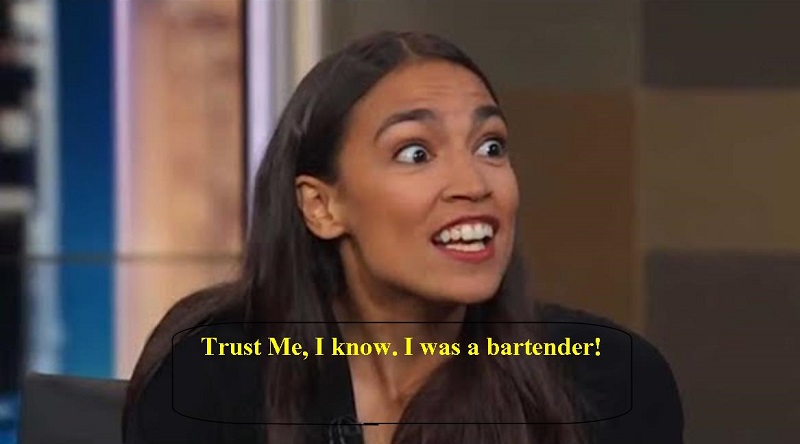 When it comes to uttering word jets without substance or meaning, no one beats young(er) Democrats. And when NY congresswoman Alexandria Ocasio-Cortez (AOC) opens her mouth, that thing comes out. Buckle up now as AOC has spoken again!

The Washington Free Beacon on Friday commented on AOC’s latest rant about the supposed impending climate change disaster. In the video accompanying the post, AOC is seen hyping the climate change narrative again. Here’s what she said while waving her hands all over the place:

Now AOC’s critics are taking it for her claim that Miami will cease to exist in a few years if her proposed Green New Deal was not adopted. I feel they are right and that is exactly what AOC wanted to convey. However her poor thinking and language coordination skills messed it for her by bumping against a double negative.

AOC uttering warnings about climate change disasters seems to be becoming her habit. Earlier this year she evoked quite some reaction from readers and commentators when she claimed that the world could end in 12 years because of dangerous climate change.

But it’s not just AOC in the left-winged politics to try scare earthlings of some climate catastrophe. Before AOC was former presidential candidate Al Gore who predicted a decade ago that North Polar Ice Cap would completely lose its ice cover in five year. Of course that didn’t happen. Which brings us to the question – should we really listen to these climate nutjobs? For fun sake, maybe we should.