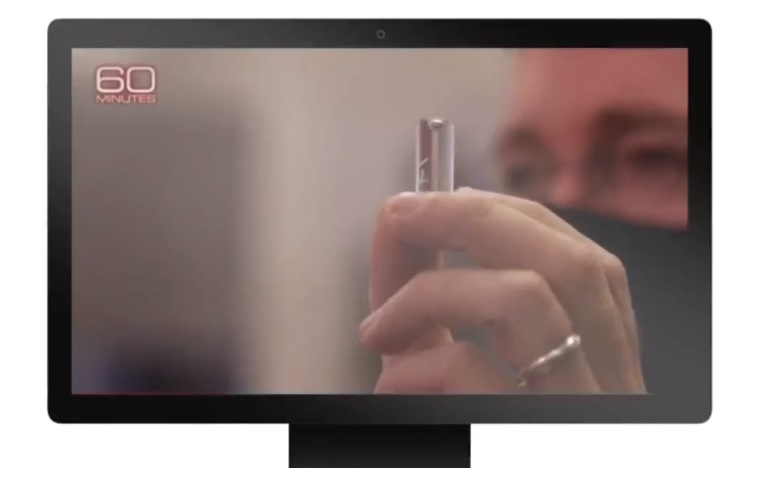 When skeptics alarmed around the beginning of this fake pandemic about the plans of the tyrants to chip people, the establishments propaganda networks – aka media and fact-checkers – called it another conspiracy theory coming from conspiracy theorists. Just a year later, it’s in their mainstream science news: yes, the Pentagon has developed a chip that goes under your skin to signal you when COVID symptoms are about to show.

The technology in one word is useless. You don’t need anything under your skin or on your body etc to signal you when symptoms are about to show. The symptoms will show when they will show and there is nothing one can do about it. Why let the chip in your body – just to signal you what you will soon know anyway, especially when it doesn’t detect anything but the so-called COVID?

But it’s not the uselessness of this chip that concerns skeptics; it’s the concern about tracking you via any devices that can transmit a signal anywhere that worries people who care about privacy and freedom. Investigative journalist Ben Swann summarized it well in his video report on the chip.

Should we trust the same people who exported this suspicious research project of creating more aggressive coronaviruses abroad because it was unethical/illegal to do it in America? Are these not the same criminals who planned and executed the crime against humanity and now wants you all to trust them with their tiny little device that they assure you will not be used to track you?

One related story that appeared after the Pentagon chip story attracted attention was done by establishment propaganda rag Newsweek. They attempted to fact-check the story of the Pentagon chip. Of course we know what that means – simply more lying to save face. The story wrote:

The technology does go under the skin, but it is neither a microchip nor does it detect COVID.

Instead, the story corrects the term “microchip” with “hydrogel” that can detect lactate levels to indicate whether the person is about to get sick, whether it’s COVID or any other illness like flu. So it’ll prompt you to go see your doc and get tested for whatever is suspected.

Whether you call it a chip or a spongy implant or gel device, it does not change the concern in the least. It’s the function of the device that concerns people not its physical composition or structure or technical name. For practical purposes, it can very well be called a chip. And it’s obvious it can’t be and shouldn’t be trusted. Quite interesting though that in 20 years of coronavirus research, the Pentagon only now came up with a chip, or under-skin device, to detect illness. Coincidence?