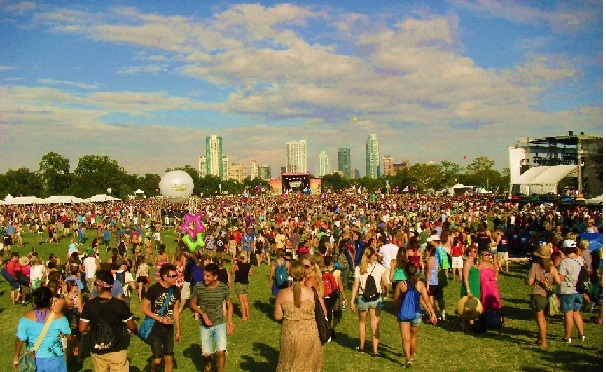 Many rock festivals take place all over the world. Most of them are good but some just stand out as amongst some of the best. These festivals make it to our top list of rock concerts that you must attend before you die. For more details, you can look for a more comprehensive list of creativetimes.co.uk’s guide on rock concerts.

Below are the top rock festivals that you should attend before you die.

This festival has a very close association to the famous PBS music series by the same name. The festival caters to fans of mainstream bands and artists like Outcast, Eminem and Skrillex, to bands that are not so much mainstream like Ralph’s world, Wesley Bray and The Disciples of Joy and Mike and the Moonpies.

The concert usually happens over a weekend in the month of September every year in Zilker Park, Austin, Texas.

The Download Festival made its first appearance back in 2003 in Donington Park in Derby, England. The festival takes place over a weekend in June every year. The festival usually has a healthy mix of new bands beginning to get recognition as well as more commonly known and experienced bands to give an awesome musical extravaganza.

The event usually has several bands playing on different stages so it is important to get an itinerary and map out the bands that you would like to listen to throughout the 3-day weekend event.

Lollapalooza is famous for being one of the most diverse music festivals in the world. The festival began in the 1990s as a travelling summer rock festival before becoming more established and domiciled at Grant Park in Chicago in 2005.

The festival is currently a weekend long event and hosts a very wide variety of artists.

If you attempt to guess who started this festival you will most likely make the correct guess if you are a rock fan. The Ozzfest, is an annual rock festival founded by Sharon Osbourne, wife of the famous rock artist Ozzy Osbourne back in 1996.

The concert began as a sort of protest against the organizers of the Lollapalooza, who refused to invite Ozzy on the tour back in 1996. The festival caught on and has grown to become an annual event that now takes place in Europe and Japan.

The Reading and Leeds festival is a concert not to miss that happens in Reading England. It happens every last weekend in the month of August, which happens to coincide with bank holidays in the UK.

Reading and Leeds Festival started back in 1961 and it was then the National Jazz and Blues Festival. The festival has two legs – the first leg is in Reading and the second at Leeds.

To learn more about rock festivals visit our guide here and if you feel that this list is missing some of your favorite rock concerts, be sure to share them in the comments section below.

Jack Dawson has been an event’s organizer for the last 13 years. He has a lot of insight into which the best rock concerts to attend are.