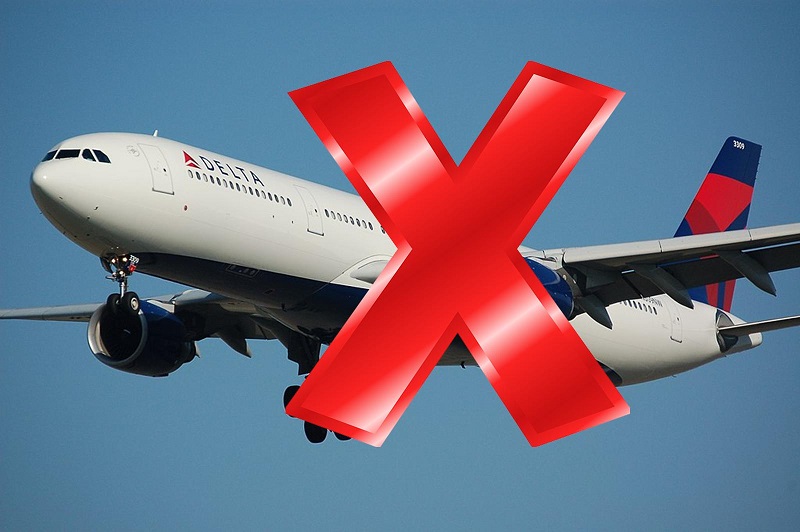 The radical left is targeting conservatives everywhere and now expressing support for President Trump can get you removed from your flight. Such a thing reportedly happened to a few passengers on Delta Airlines.

View from the Wing reported today that passengers were removed from a Delta flight departing from Washington National Airport on Saturday because the passengers were supporting Trump in a private conversation. The story includes tweets of videos of passengers leaving the plane and saying it was because of “freedom of speech” and then sitting at a departure gate in the airport.

The person making the video says that as the passengers have been removed, nobody at the airport is doing anything to help them. The second video was also shared to LinkedIn.

(Update: The LinkedIn video won’t load anymore, likely because LinkedIn engaged again in censorship of conservatives content. However the same video was posted to free speech site BitChute – which is embedded below.)

This act of Delta for removing passengers – regardless of who they were supporting – for talking politics is beyond outrageous. It is a declaration of war on people’s rights to speak to one another and call for an immediate boycott of Delta Airlines.

The airline industry has been acting as the puppet of the globalist establishment since day one of the fake pandemic planned and executed by the anti-freedom criminals in and outside America. Making people, including children as young as 3 years old, wear masks throughout the flight’s duration, and kicking people out who cannot or do not comply with their tyrannical rules.

It is time for all freedom lovers to unite and boycott these bad actors whose jobs depend on the same people’s money that they treat as slaves. And it’s really about time for patriots to start their own airline that won’t subject them to mandatory masks, or remove them for talking about their freedom and their support for President Trump or anyone else. People need to show these villains that we won’t be taking this slavery anymore.

One thought on “Boycott! Conservatives Removed from Delta Flight for Supporting Trump”