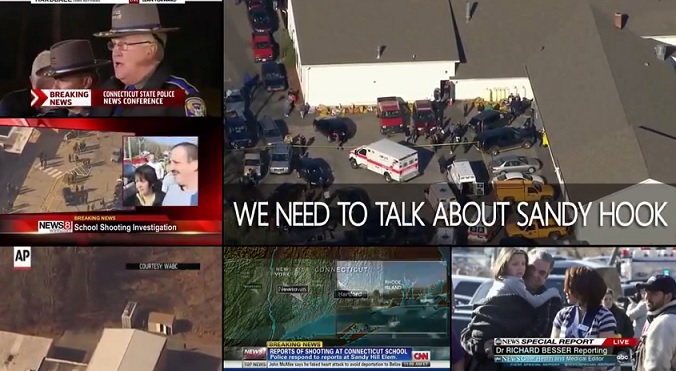 Was the shooting at Sandy Hook school in Newtown, CT, a real incident or an elaborate hoax? This film has some important material to question the authenticity of the Sandy Hook shooting, or the Sandy Hook hoax, as many now remember it.

Peter Klein’s nearly 3-hour long documentary We Need to Talk About Sandy Hook (2014) features a number of independent investigators looking critically at the story of Sandy Hook told to the people by the media and government sources. Each investigator then points to serious flaws in the narrative and/or available evidence that proves that narrative wrong or misleading.

In the film, the available footages of the Sandy Hook crime scene and time have been analyzed, the characters involved traced back in perspective of their professions and relevance to the incident, and forensic reports used a reference to ask whether the incident happened at all, whether the culprit (Adam Lanza) exists, and more questions raised based on the evidence available or lack thereof.

The film is the non-fiction equivalent of a hair-raising thriller as you see one after another investigation pointing to the entire Sandy Hook incident being a staged drama probably with specific political designs.

Available on YouTube now, the film is said to be a target of internet censorship and was made available online by the determination of the people who want people to see it and decide for themselves whether Sandy Hook was Sandy Hoax.