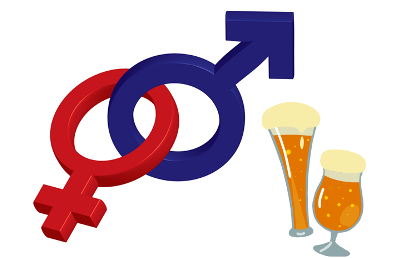 Can women who get drunk be as guilty in letting a rape committed by drunk men?

In an interesting and now controversial Wall Street Journal editorial, titled Drunkenness and Double Standards, editor James Taranto criticizes the prevailing attitude of holding only drunken men responsible for rape instead of taking the situation in context and extending the responsibility to both sexes.

“What is called the problem of ‘sexual assault’ on campus is in large part a problem of reckless alcohol consumption, by men and women alike.”

He then moves on to underscore the need for intervention of bystanders, or those present around the situation, in preventing rape and hence saving both sexes the trouble.

However, at least some advocates of women rights are not happy with the way Taranto approached the rape situation. Thao Nguyen, Campaign Director of This Is Personal, called Taranto’s column “journalism at its worst” in an email message to supporters. Nguyen condemns Taranto’s opinion that “sexual assault survivors are just as guilty as their attackers,” adding it’s not the first time Taranto has written pieces to “demean women”.

In an online survey, Nguyen is calling on all women rights advocates to Tell Wall Street Journal Editor to Apologize for Sexist Column.

“Rape is rape, and any journalist who says otherwise is irresponsible,” reads the survey letter. “Wall Street Journal editor James Taranto must apologize for his sexist remarks.”