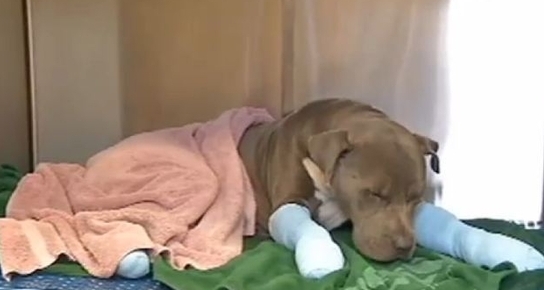 Last October, one of the worst cases of animal abuse made news when a man in Florida tied his dog to his car and drove at 35-40 mph, causing serious injuries to the dog named PipSqueak.

PipSqueak’s story was posted on his facebook page as well as the petition on Chage.org, which names Chris Byrd, 44, as the abuser in Palm Bay, FL. The petition says Byrd was arrested for animal cruelty but is denying that he knowingly did it to his dog while it is impossible to see how he could not know the dog tied to his car as he got inside it with his family and driving off for more than 1,336 feet.

The petition calls on Palm Bay judge hearing the case to “punish this loser to the fullest extent of the law.” More than 6500 people have signed the petition while thousands of more are invited to add their names to it.