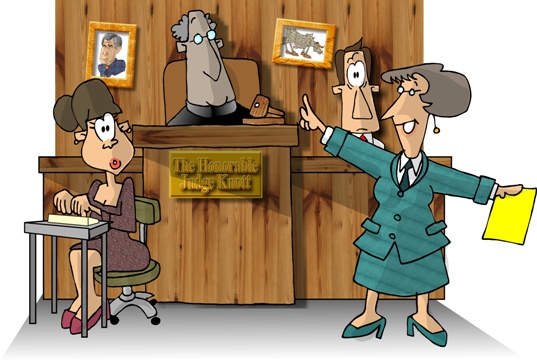 True that vaccines usually don’t work and many actually cause the same condition as an adverse reaction than preventing it. So trying to prevent stupidity with a vaccine may actually make things worse (not for the vaccine industry though; increased stupidity serves them better). After all, vaccines damage brains.

But where do judges come in all this mess? Well, judges do come in when it’s a mess. Disputes, egoism, narrow-mindedness, and spouse/partner issues – all breeding grounds for the judicial system’s sustained existence. Just imagine if people had some sense and patience to sit and talk things over, why would so many people go to courts?

These days anybody would go to court for the silliest reasons. But in case of spouses/partners, you don’t even need a reason; there are a kazillion of them already there. Child custody and what does the child do when how and where are typical courtroom drama scripts. A judge in Kitchener, Canada, actually ordered a child to be vaccinated because her parents were arguing about things and had to go to the court to hear each other – via the judge.

People can be stupid, and judges can be worse. But then, there is no immunization against stupidity and narrow-mindedness. If it were for judges, by the way, they would readily issue a suo motu notice on the arrival of any such vaccines. They don’t want to be jobless. Do you?