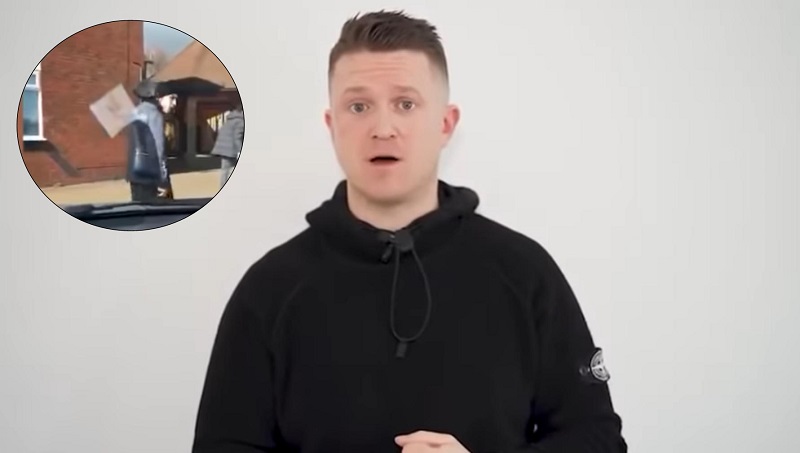 Tommy Robinson has become a household name in pro-British activism and thus a target of leftist establishment and their propaganda media mobs. The latest news about Tommy shows it again.

Voice of Europe reported the harassment of a senior couple, in their 70s, by a group of three young guys aged 16, 18, and 19. The youths, all of immigrant backgrounds and two of them having common Muslim names (Omar and Tarek), approached the couple on a street in Hitchin. They harassed and intentionally coughed in the couple’s face. Then it was Tommy Robinson who was passing by along with his children in his car.

Seeing the punks harassing the old couple, Tommy intervened and was attacked by the punks who also attacked and smashed one of his car’s windows. The police were called and Tommy stayed there engaging the punks to make sure they don’t attack the couple again.

The story says the youth were arrested but released later as an investigation was launched. Tommy’s scuffle with the young men was captured on video by one of his children sitting in the car. Tommy later made his video about the incident and revealed the backgrounds of the punks. It turns out they are gangsters with one of them being an illegal alien from Gambia and having a previous arrest record while the other two being brothers and gangsters.

Tommy’s intervention saved the senior couple from possible serious assault by the gang of three immigrant criminals. But did mainstream establishment propaganda cartels – aka media – credit him for this act of selflessness? Of course not. Voice of Europe actually linked to a BBC story about the incident that did not name Tommy at all; instead just referring to him as “passer-by” who intervened.

No surprises there in this story because Tommy Robinson continues to be his patriotic, caring, activist self and the establishment fake news cartels like BBC continue to lie and deceive. Thanks to people like Tommy the vulnerable are safe and have a voice in an otherwise dystopic world.