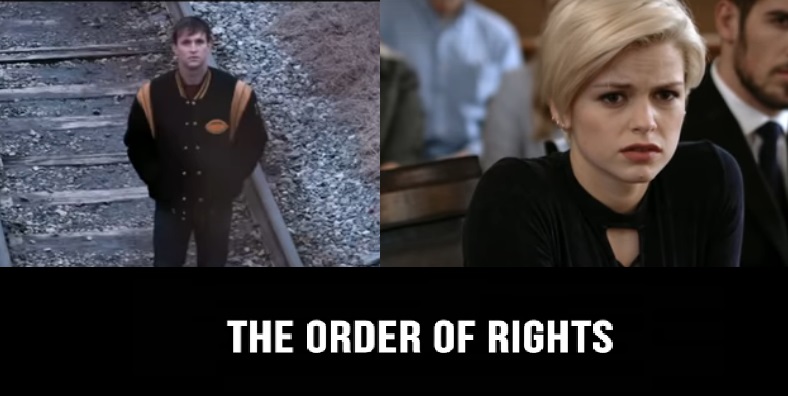 If there’s one new movie that the mainstream media is not talking about, it’s the pro-life movie The Order of Rights, which presents a compelling case against abortion.

Written and directed by James Ball, the story develops from the romantic intimacy of two college-age students Emma (Emma Elle Roberts) and Ethan (Ben Davies) that leads to Emma’s unexpected pregnancy. As Emma’s radical women’s rights activist mom (Shannen Fields) pressures her into seeking abortion, Ethan is inspired by his pro-life family to move the court to restrain Emma from doing so. Thus the audience gets to see the legal battle over allowing or denying Emma the right to destroy the fetus.

Though an independent production without a big setup, this movie achieves a good deal in presenting a story about an important social, moral, and philosophical issue, namely the meaning of human life, when exactly it begins, and gets the right to be. The courtroom arguments are engaging and enact the real-life debate surrounding the hotly debated topic of abortion-versus-existence. The conflict in views is also complemented by polarized attitudes toward treatment of life in the womb: the cold and self-centric preference for abortion against the kind and nurturing respect for the unborn.

The Order of Rights has a good cast, some great dialogue, and points of discussion that you don’t usually get to see in the mainstream media. Martin Luther King Jr.’s niece Alveda King makes a special appearance in a scene. The movie’s climax gets the message across in a meaningful scene between Emma and her mom. But spoilers are better left for another day.

One thought on “The Order of Rights”