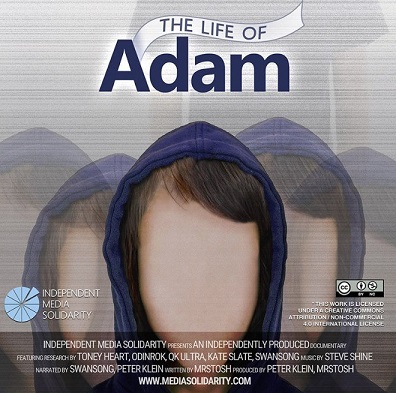 A follow-up to his 2014 documentary We Need to Talk About Sandy Hook, writer and director Peter Klein’s The Life of Adam (2015) scrutinizes the person, or character, called Adam Lanza – the alleged shooter in the Sandy Hook incident/story.

Did Adam Lanza really exist? Is there any verifiable evidence to prove that such a guy existed and carried out the alleged shooting at Sandy Hook? These questions take center stage in this film, currently available for free viewing on YouTube. The narrative is a string of voices of different, independent investigators and clips of media with voiceover commentary on the holes in the official version of the government and mainstream media as to who Adam was and how he came to launch this alleged attack.

Interesting and thought-provoking, The Life of Adam also draws attention to the alarming issue of harassment, censorship, and even life threats made at the investigators who didn’t buy the official/media version of the Sandy Hook story and chose to gather info on their own.

Editing-wise the film is impressive with great narration and clear display of supporting/referenced documents and media. The title song is a great complement to the film’s message.