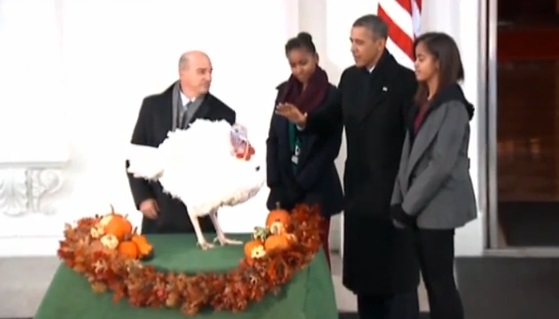 It’s Thanksgiving. Or shall I call it Bloodspilling? Due to this confusion about the name of the occasion, I don’t mean to congratulate anyone.

Similar to the sick tradition of Eid-ul-Adha in Muslim culture, Thanksgiving is one of those American traditions that are 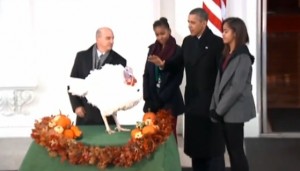 named so misleadingly. Marking the treacherous and unthankful massacre of Native Americans by early settlers, this day is a waste of life as millions of turkeys are killed not because there is a shortage of food, but because of lack of compassion and abundance of apathy.

Pardoning a turkey as part of American President’s traditional privileges, President Obama called on Americans to remember the less fortunate in the US. A peek inside the slaughter houses and particularly on Thanksgiving into one’s own dinner plates would better show who these unfortunate are and how helplessly they continue to suffer from the heartlessness of both ritualistic and “normal” meat-eaters.

But let me do congratulate those vegetarian/vegan friends of mine who place their ethics of care above their instinct for bloodspilling. To me and them, it’s what Thanksgiving means – being thankful without taking life, but giving it to those to whom it belongs.

So my friends, have a great and clean Thanksgiving.