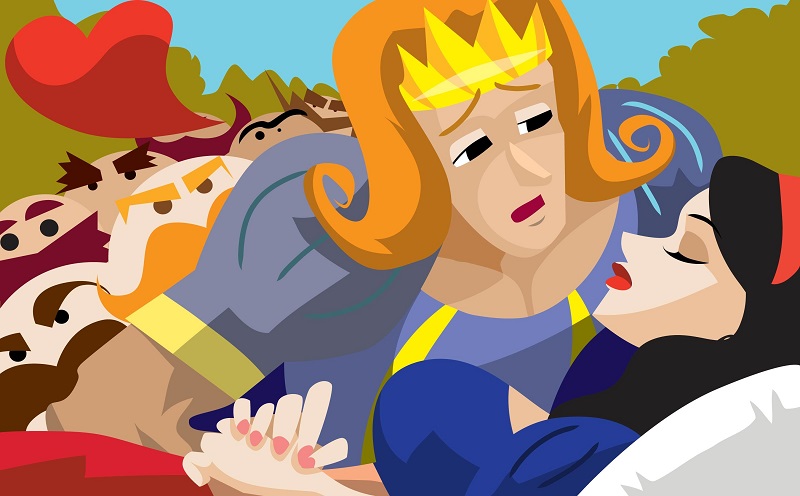 This is not meant to disillusion anyone who loves Walt Disney movies, but once again, the politically correct police are at it. I’m sure that most of you know the story of Snow White and the seven dwarfs. You likely saw the movie as a child. Perhaps you participated in a school play by the same name. The handsome prince was the hero, saving Snow White’s life.

Despite all the joy that we felt as children while watching Snow White, Kristen Bell, an actress affiliated with Disney Productions, has a problem with it. She wants to take the movie away from us because the prince kissed Snow White without her permission. If Kristen Bell would just stop and think, she would remember that Snow White was put into a deep sleep by a poison apple which was meant to kill her. Through the prince’s magic, his kiss woke her up. For God’s sake, this is an act of heroism. The prince saved Snow White from danger. How can that be questioned by anyone? Oh, wait. We can’t forget the politically correct police who want everyone to be offended by things that never occurred to us. If we are supposed to be offended by fairy tales, that is the ultimate disillusionment of our youth.

If you appreciate the story of Snow White, were you ever bothered by the prince saving her life without her permission? Should she have said, “You have my permission to save my life?” How ironic is it that the woman who initiated this protest against Snow White is also affiliated with Disney. Did she forget what a fairy tale is? Next thing you know, people might be charged with sexual harassment for performing CPR because protesters would say that certain body parts were touched inappropriately, unknowingly, and without permission from the seriously injured party.

Must we continue to over-analyze things to the point where children’s fairy tales need examining? This is madness. I hope that Kristen Bell comes to her senses and understands something we’ve always understood throughout our lives.

4 thoughts on “Snow White Is Under the Gun”