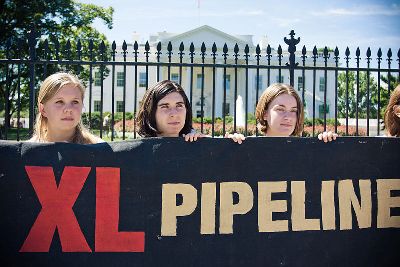 Fears of the controversial Keystone XL pipeline getting senate’s approval rise as the time to decide the respective bill gets closer.

An email alert sent today from The Sierra Club reads, “We can’t let a group of senators in the pocket of Big Oil approve this pipeline.” With this message, the organization is calling for support to urge on the senators not to approve the Keystone XL pipeline, which reportedly could be decided on in the Senate by as early tomorrow.

The Keystone XL pipeline is widely seen as an environmental disaster and environmental activists from around the world have been voicing their opposition of the pipeline that is planned to carry Canadian oil to US refineries. The sample letter on Sierra Club’s site opposing the project warns that approving the pipeline will mean putting America’s communities, farms, waters, and climate at risk.