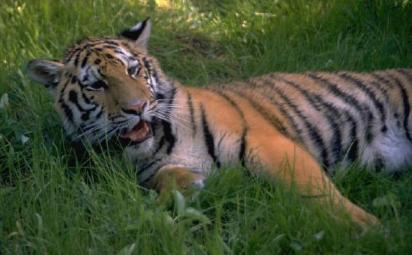 The Sierra Club is now running a petition on their website to help protect forests and thereby save wildlife that is under threat of extinction due to deforestation. The letter of the petition is addressed to policy-makers, including the Obama administration and congressmen.

An email message from the club’s Director, Responsible Trade Program, Ilana Solomon, sent out to supporters and subscribers underscores the importance of social media in getting the word out about. The message reads, “Tigers don’t have social networks (yet) but I bet you do!”

While the petition draws attention to the impact of illegal logging and the timber trade around the world as responsible for the threat faced by wildlife, the email message from Solomon particularly represents greater worry about seriously endangered species like Siberian tigers.

“Fewer than 500 Siberian tigers are left and their homes are being destroyed” reads the message.

According to the website Tigers in Crisis, the estimated population of wild Siberian tigers – the  largest tigers alive – is in the range of 350 to 450 tigers and most of them inhabit the Sikhote-Alin mountain range in Southeast Russia.