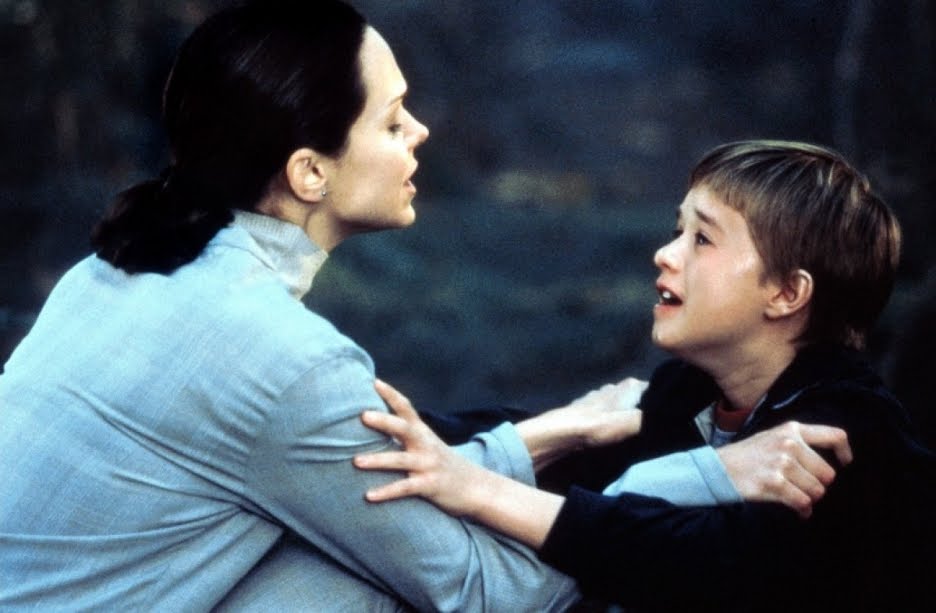 AI (or Artificial Intelligence) is a masterpiece of a film. The 2001 Steven Spielberg gem is set in an imaginative time in future when human population is on decline and the first generation of intelligent androids have been created – robots that not only look like humans but speak and able to think to a great degree like people.

One child robot is David (played by Haley Joel Osment) with his unique ability to feel and experience emotions like humans. That is how he is adopted by a couple whose own child is in coma. But when their child returns to life, a sibling rivalry starts in the house with the human kid reminding David that he is not “real”. With a few instances of trouble involving but the kids, the parents decide to abandon David and keep their human child. But is it easy for the mother to let go of this “unreal” boy who is as loving as any child? Even harder it is for the kid to say bye to him mom.

Every scene of AI is precious. This clip shows the painful moment of David’s abandonment by her adopted mom (Frances O’Connor) who decides to leave David in a forest instead of returning him to the institute where he was created and will possibly be destroyed if returned. David’s heartbreaking “I’m sorry I am not real” is a line that haunts the heart long after the film ends.

One thought on “Scene Pick: ‘AI’ – David is Abandoned in a Forest”