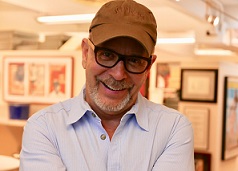 Okie, it’s Rapid Fire time and our guest on Word Matters for this round is the talented film director and editor Barry Alexander Brown, perhaps best known for the Academy Award nominated documentary The War at Home.

BAB: Asked a girl to meet in Cannes in ’99, ended up marrying her.

BAB: Whatever Happened To Baby Jane

BAB: Not being confident enough after my first success