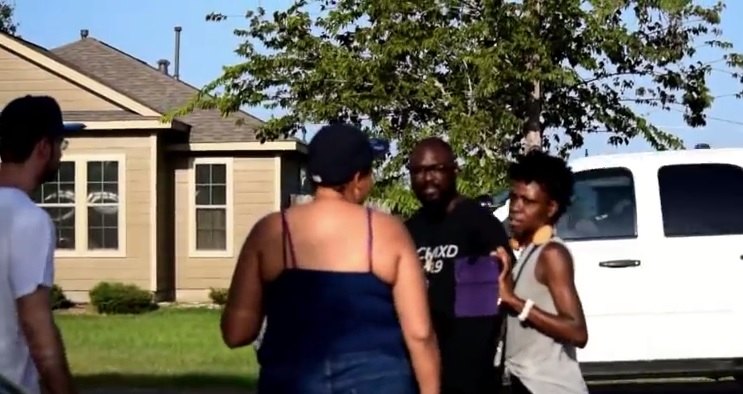 An African-American woman with radical views has raised over a thousand dollars to fund a civil disobedience event in Texas on September 11.

The black woman, named Sunshine Sullivan, has been raising money over the past 6 months on Go Fund Me for the FYF911 Texas event – FYF being short for “Fuck Your Flag”, referring to America’s national flag. The fundraiser has been shared about 3K times on Facebook and over 1300 times on Twitter.

Popular Military shows a picture of Sullivan, along with what she calls “Black Radicals of Amerikkka”, protesting outside the jail where Sandra Bland died. As the site notes, Sullivan told a reporter that she wants all white people dead because that is how “everyone else on the planet will have peace”.

Sullivan has provided her contact details on the Go Fund Me page.

Burning American flags and wishing white people dead – Sullivan’s activism is an example of racism and anti-American hatred, but more so of hypocrisy and drama queen personality. Her ignorance shows in the gross generalization of white-screwed-world while she continues to exercise

So where do anti-racists stand on this woman’s story? Will President Obama condemn her views as racist? Will the democrats and liberals do?

Update: The fudraiser page linked to above has been pulled down now.