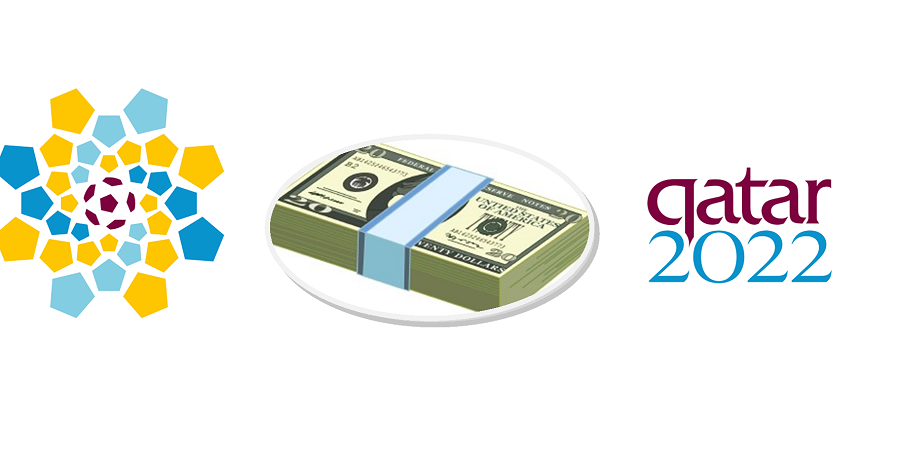 It’s the biggest scandal in the history of international soccer – a scandal that you would expect to be THE news followed by all media sources daily. Yet, it has been so revealingly ignored by mainstream media in United States and many other places. The news of Qatar bribing FIFA to secure the Soccer World Cup 2022 is shocking, or maybe not so shocking if a few dots are connected.

The Telegraph reported a week ago that according to leaked documents seen by The Sunday Times, Qatar offered FIFA $880 million to “host and retain the right to host the 2022 World Cup.” Details of the story reveal that just 3 weeks before FIFA awarded Qatar the 2022 World Cup’s hosting (that was in December 2010), Qatar secretly offered $400m to FIFA. And guess who made the offer for the contract—Qatar’s state-run broadcaster Al Jazeera, which offered the money as a “television deal”.

The contract is said to have also included an unprecedented success fee of $100m that would be paid to Fifa only if Qatar was successful in the 2010 World Cup ballot.

Success fee? Well, if that wasn’t enough, even more money was added to the contract 3 years later. This time, the amount was $480 million. So a total of $800 million was offered in contract to FIFA, at least 100 million of which was a direct prize termed as “success fee” to secure hosting the world cup.

The story says that now this contract is part of a police inquiry on bribery in Switzerland (where FIFA’s headquarters are located).

Now, the allegations of Qatar securing world cup hosting by corrupt means are not new. BBC did a number of stories as early as in 2015, on radio and in print, allowing the critics to demand an investigation into the allegations of Qatar bribing FIFA. Then last year, FIFA’s former longtime President Sepp Blatter made news when he revealed in his book that Qatar cheated to secure the 2022 Soccer World Cup hosting.

But with these new claims of leaked documents providing evidence, one would ask can a scandal in international sports be bigger than this, particularly the most popular international sports event. British media sources like Daily Mail and others stuck to professional journalism standards and reported on the scandal. But have you seen the news in American media that obsesses with scandals?

Aside from a Fox Sports story on March 10, media in the U.S. have been pretty much mum on the scandal. No front page stories, no back-page stories far as the online internet editions go, and no mention of anything like that involving Qatar, payments to FIFA, and soccer world cup scandal. Makes you wonder whether these “news media” are too ignorant or too in-bed-with the cheaters.

Related: Ending Slavery in Qatar, Thanks to FIFA