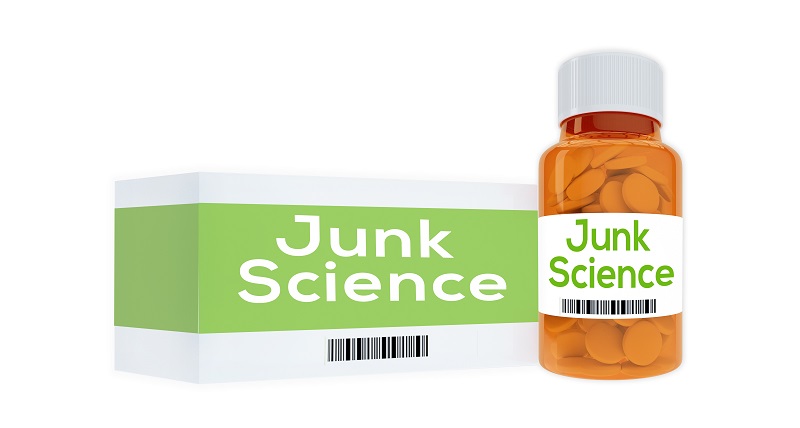 Quack science is sold to people daily these days, and when it comes to the COVID 19, so-called studies are churned out daily to promote a corporate and/or political agenda. Such a study that made headlines today claims there are 6 types of COVID 19. (Chuckles!)

The pseudo-science study in question—which has not been peer-reviewed, yet made headline already—was reported on Fox News among other news outlets. The study led by King’s College London researchers categorizes 6 “types” (quotation marks not mine) of COVID 19 based on combination, or cluster, of symptoms. And when you look at the symptoms, methodology, and above all the conflict of interest of the “researchers” involved in the study, it’ll blow your mind—for you’ll see what’s actually being promoted here.

The symptoms common to all six COVID 19 types are headache and loss of smell. The other symptoms are sometimes there in one cluster but not other and the 6 clusters are divided in distinguishing kinds: first 3 are reported among younger people and considered less severe while the latter 3 are among older patients and those with pre-existing conditions. So instead of simply calling the symptoms more serious in older and already ill people, the study tries to play with words “cluster” and “level one/two/three serious” to needlessly create groups and divisions so as to make sound like something significant. Who doesn’t know (except these so-called corporate scientists) that older people and already ill people are hit hard by any additional disease? It’s that Duh! moment in this “study” (quotation marks mine).

The methodology is something that kind of gives away the real purpose of this yet-not-peer-reviewed-but-famous-already study. As the medRxiv page of the study shows, it is based on data (symptoms) reported via a smartphone app, called COVID Symptom Study, developed by Zoe Global Limited. An app to report your symptoms… got it?

The next part, declaration of conflict of interest by the researchers and the funding/support of the study, nails down the mystery of this apparently worthless study(Italics definitely mine). The main funding/support “in kind” was provided by Zoe—the company that developed the app, which is now being promoted via this study that corporate media are advertising without any peer-review/critique. Now Zoe’s website says they don’t mean to make money off this app; yet this too:

We may seek grants and donations in the future, to cover the costs of the service and so we can roll it out to the many countries who have been contacting us.

In other words, they do plan to make money off it and many countries are already interested in providing grants and donations.

But that’s just the tip of the conflict-of-interest iceberg. The study’s “investigators” (wonder why they use that word since nothing was “investigated” in this so-called study, which in fact is an app-run survey) received “support” from the Wellcome Trust—a business company that has several different investments and one important focus of theirs is developing more vaccines. Other support/funding was provided by different educational/research institutes, different foundations, and charities etc. Some of these are quite interesting. For example, the Chronic Disease Research Foundation (what has COVID 19 symptom reporting via an app got to do with chronic diseases?), British Heart Foundation (What has heart to do with COVID 19?), and the Alzheimer’s Society (seriously?). Then there is one not-to-miss all-too-familiar EU, aka the European Union. The common word written under all these names seems to be clear: establishment.

The biggest flaw of the study is that it assumes that symptoms being reported are actual COVID 19 symptoms when they can be caused by practically anything, particularly in those having any other existing condition. It reminds of the CDC guidelines to hospitals in United States whereby they could assign any death to COVID 19 if a patient tested positive no matter what other condition the patient had at the time of death.

This app advertisement masked as research is another case of mockery of science  and more reason why the corporate medical/health system is losing credibility and people’s trust.