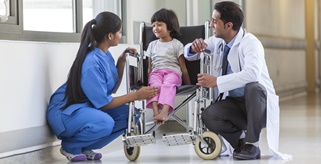 One disturbing piece of news about polio vaccination that was conveniently ignored by corporate propaganda leamsteram media worldwide is the recent revelation of a staggering number of paralysis cases caused by polio vaccination in India.

The number of what they call Acute Flaccid Paralysis, or AFP for short, stands at nearly half a million, as found by a recent study published in the International Journal of Environmental Research and Public Health (published August 15, 2018). The Hindu reported that the study led by Jacob Puliyel of New Delhi’s St. Stephen’s Hospital showed the number of AFP cases caused directly or indirectly by oral polio vaccine (OPV) administered between 2000 and 2017 stands at more than 490,000.

The study also correlated the number of AFP cases reported in India with the frequency of oral polio vaccination campaigns—what they call the “pulse polio rounds”. In other words, the more vaccine they administered, the more children came down with this kind of paralysis. The researchers of the present study were cited in the paper as:

Our study found that NPAFP rate in these States was high in those years when the number of pulse polio rounds conducted was high.

And then of course comes the interesting part—the justification of oral polio vaccination in face of these shocking stats of paralysis epidemic brought about by the vaccine. The researchers are reported to have gone on “commending the government for its enormous efforts towards polio eradication”. Really?

But of course, if you are a professional and you dare challenge the practice of vaccination, whether you are in the super-power developed nations or in slum-ridden countries, your career is over and you may even be harmed in more serious ways. So it makes sense when researchers endorse polio vaccination. Personal safety and job security come first.