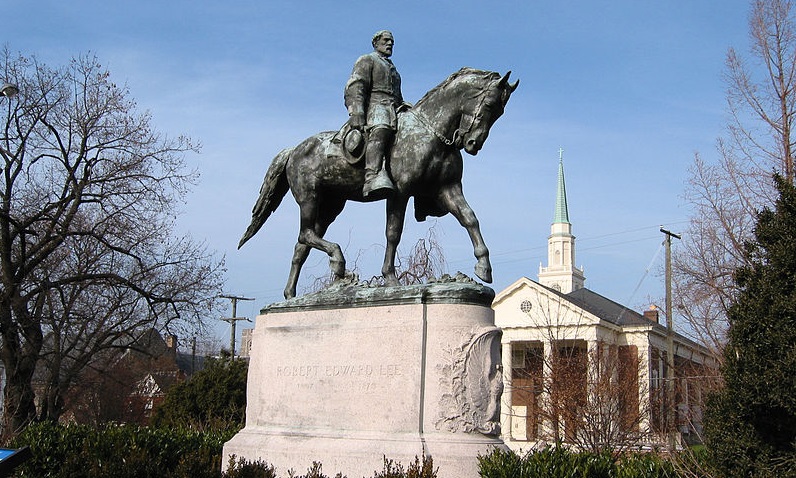 It stands to reason that the conflict over the removal of Confederate historical artifacts will not leave the spotlight, anytime soon. When it is pushed to the back burner, it will not go quietly. In all likelihood, it will take a major international event in order to wrench it from its place in the present public consciousness.

It was bad enough when the actions of Dillon Ruff (the Charleston church killer), ignited the debate in 2015. With his senseless deed, a national stink soon arose over the removal of the rebel flag and other symbols of the Confederacy. Even in Odessa, Texas, one man who ran a food truck was offering free food in exchange for Confederate memorabilia. The debate played itself out along family lines, as well as among friends.

My cherished Aunt, better known to readers as Dear, was opposed to what this man was doing.

“Why would you want him to get rid of it? It’s a part of our history.”

“It’s a part of our history that we should be ashamed of. We lost over six hundred thousand people in that war, for no reason.” I replied

“But, for whatever reason, God allowed it to happen.” She responded.

Later that night, one of my chat line friends took it a step farther.

“So help me God, if I had a rebel flag, I would fly it high in the breeze, and if people don’t like it, too bad.”

Two years later, the conflagration is born anew, largely due to the violence in Charlottesville, Virginia, on August 12th of this year. A group of white nationalists came to the city bent on causing trouble, and wound up clashing with counter-protesters. One woman was killed when an avowed White Nationalist named James Fields rammed his car in to the crowd.

Most were quick to condemn the alt-right for their activities on that day, and yet again, the call for the removal of Confederate monuments and statues was heard all across the land.

Those who support the removal say that the offending items are symbols of hate and oppression. The other side states, rightfully so, that they are a part of our history, a history that cannot be erased. One friend said,

“We Need these statues as reminders of the mistakes of the past, so that it never happens again.”

And our new President didn’t help matters when he remarked that there were great people on both sides. Excuse me, Mr. President, you are dead wrong. The people on either side who came to the event with weapons were not great. Anyone who uses a car to kill innocent people isn’t great. We expect to hear about these things in other countries, Spain, for instance. But America, and as the result of a conflict here at home between Americans!

I am well aware that you may, or may not have read this before, however, in this situation, it bears repeating.

There are those who will always feel dishonored if the monuments and statues are removed. We will wake up tomorrow, and they will be here. We have bigger fish to fry. Don’t think that our enemies abroad aren’t watching what happens here at home. They look for weaknesses to exploit, and conflicts like the one last weekend are open doors for them. It has never failed: When we fight here at home, the bad guys are watching. They take advantage of the cracks in unity, and they attack abroad. Witness what happened in Spain.

We will not solve the problem of white nationalism, or the conflict over the rebel flag with new regulations. It won’t be solved by martial law, or an emergency decree from President Trump. We must defeat the ideology that is the root source. Each side thinks that somebody else is to blame for their lot in life. The white nationalists blame the blacks, Latinos, Jews and even whites who don’t hold with them for taking the nation from the white race. The blacks blame the whites because they have been enslaved and mistreated. Those of us in the middle are left to denounce violence on both sides. It is the only way we can survive as a nation.