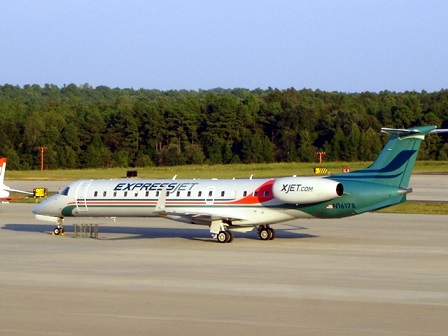 Crying discrimination is becoming the leading attention-grabber of ethnic minorities in US, and particularly among Muslim women. To add to many such cases, we have one now of a flight attendant who reportedly refused to serve alcohol and was suspended for it.

Russia Today published the story of Charee Stanley, 40-year-old flight attendant working for ExpressJet, who is suing the airline because it suspended her over a complaint that reported her refusal to serve alcoholic drinks on flights. Her reason for refusal was her Islamic belief.

Stanley had joined the airline when she not a Muslim and reportedly converted to Islam 2 years ago. However she says she only recently learnt that alcohol is forbidden in Islam so she refused to serve passengers alcohol, leading to the conflict that resulted in her suspension.

Living in accord with one’s religious convictions is a basic human right – though it’s not free of “ifs”. If one’s religious duty for example calls for beating a child, for example, and the state law prohibits it, usually the state law holds precedence over personal religious obligation. That is why in some Indian states today you can’t slaughter cow or sell beef; in many Islamic countries you can’t drink in public because it’s forbidden by state law.

However, does the same apply to privately owned businesses and their employees? Apparently yes, you can’t hold your own religious convictions over the terms of the employment or in violation of your job description. It’s surprising though how come it took Stanley so long to learn that Islam prohibits alcohol – it being something fundamental to Islamic faith. Was she herself drinking during all this time? The question even leads to her overall knowledge of Islamic faith—does she know she can’t have pre-or extra-marital sex in Islam, as well as other some other kinds of sex within her marriage? But these will be irrelevant here as it all relates her personal life.

The question is when she did learn that she can’t serve alcohol due to her religious obligations, did she think of quitting her job in favor of passengers’ rights. The RT story tells the airline had previously accommodated her special need by allowing her not to serve alcoholic drinks; but now the airline revoked that accommodation and hence she was sent on administrative leave.

It’s understandable that the airline would revoke any such special needs of employees based on their beliefs; if you are a multicultural employer and every employee on your staff starts demanding special exemptions from certain duties—Hindu employees not serving foods containing beef, vegans not serving meat or animal products, and Muslims inviting all non-Muslim passengers to Islam while serving—you are done for; there’s going to be a lawsuit every other day.

The problem with people like Stanley is none else but tolerance. They tend to refuse others the right that they don’t have – it’s a case of passive aggression: I can’t have it, so I won’t let you have it either. The solution? Well, adequate paperwork at the time of employment, specifically mentioning that religious/personal belief exemptions won’t be granted for any of the services required as part of the job.

But in addition, it would be advisable to debate such refusers of services over rights and obligations – in other words to try educating them. It’s a difficult job and will be unpaid, but it could probably bear fruit; the problem person may decide to stay or leave instead of wasting time, money, and energy in litigation.

One thought on “Muslim Flight Attendant Refusing to Serve Alcohol”