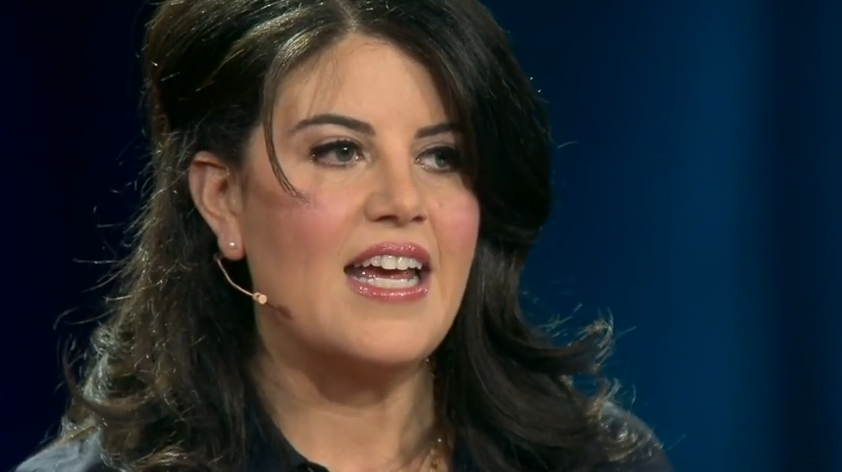 In 1998, the world of news and media was stormed with the story of Bill Clinton and Monica Lewinsky sex scandal. The past week, Lewinsky gave a Ted Talk and opened up on slut-shaming and cyber-bullying of which she was an early victim, given that online media was still something new at the time of the scandal.

Lewinsky, now 41, stressed the need for doing more for victims of humiliation and abuse via the Internet in today’s world. She mentioned the cycle of clicks-and-money that drives such abuse: the more clicks you make on a humiliating page/story/video, the more advertising it gets, and the more money it makes, leading in turn to more publicity and greater insensitivity.

A number of cyber-bullying cases have been reported in the recent past where young people, both boys and girls, attempted or committed suicide after pictures or videos of their private moments were leaked on the web and they were made a target of gossip and humiliation. Lewinsky mentioned Tyler Clementi’s tragedy, the 18-year-old in New Jersey whose roommate Dharun Ravi caught his intimate moments on video and leaked it on social media. A few days later, Clementi jumped down the George Washington Bridge into the Hudson River, ending his life.

Arizona-based author Holli Kenley, an expert on cyberbullying, has written a book and runs a blog Cyber Bullying No More! She says the factors that makes cyber-bullying so dangerous is the “anonymity (protection of identity) and the power differential (between victim and perpetrator) provided by the technology itself.”

The increasing awareness against cyber-bullying is part of a broader movement against bullying that is seriously damaging, even life-threatening to many young people, including minors who are at risk of suicide and social/psychological trauma, all caused by one click you make on your computer mouse or one bas word you post on social media. Parents and guardians today need to be more cautious of the risks surrounding their kids as we live in an age where your life is not in your house walls – it’s always on there on the web accessible to millions anytime, anywhere.