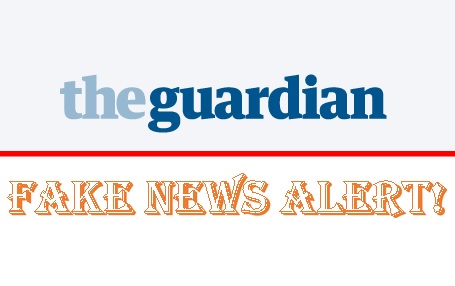 Lamesteram leftist media mobs continue to run fake news against President Trump and the latest in this series is the news of Trump citing a terror attack in Sweden.

Among the few self-explanatory fake news stories is in Britain’s popular daily The Guardian under the title “’Sweden, who would believe this?’: Trump cites non-existent terror attack”. The headline seems to attract attention as it implies Trump mentioned a terror attack in Sweden while addressing a rally in Melbourne, Florida.

The story includes a video segment of Trump’s speech where he supposedly mentions Sweden’s “terror attack” and the most exciting observation about that video is that Trump doesn’t mention any terror attack. He never uses the words “terror attack” or any other “attack”.

In the citation from Trump’s speech, the story’s readers can see the same thing:

Now this is another clear case of fake news by mainstream media working against Donlad Trump—propaganda that has been the mission of media gangs in line with their political agenda. The paper’s assumption that trump confused Sweden with Sehwan (in Sindh, Pakistan) is a laughable contrivance to churn out a story that – as has been shown by experience – ignorant anti-Trump trolls will believe even when it’s clearly fake.