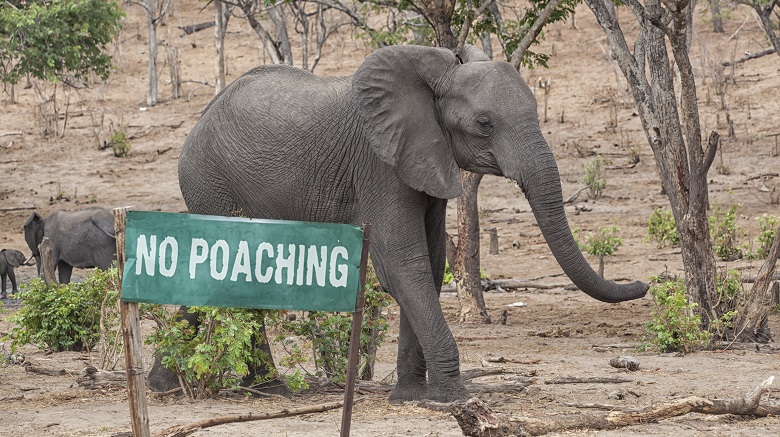 Elephant killing could be made legal in Botswana as the country is considering lifting the ban on hunting/killing elephants in the country.

The news broke a few days back and was part of my World In Brief episode for February 23, 2019 on NewsBlaze. The stories say that a committee Botswana’s ministers have recommended legalization of elephant killing and making pet food from elephant meat. The country’s President said the suggestion would be considered and a white paper will follow, which will be shared with the public.

Radio New Zealand reported on this issue and wrote that currently the estimated number of elephants in Botswana is around 130,000 and some say it is “too many for the ecosystem”.

Now claims about the too low, about balanced, and too much of a species in an ecosystem will hardly pass the test of any concrete, scientific criterion as even ecologists will disagree about numbers. But for animal rights groups, this certainly comes as a bad news. The animals killed all over the world in a civilization based on kill-and-eat has spared some animals in various cultures, and when they also become the target of aggression, the real preservationist will lose sleep.

On another level, call it the level of skepticism, this news is interesting and thought-provoking. Do ministers in Botswana now worry so much about their pets that they now want to kill elephants for pet food? The skeptic can’t help smelling a rat here. So is there something that possibly is being masked here?

For one, when it’s elephants, it’s ivory. The stories on media are mostly missing the question “what happens to the tusks of the elephants that are killed?” I doubt that they’d throw that away. Elephant poaching for tusk collection to sell into ivory trade has long been a cause of reckless killing of elephants around the world, leading to ban on the animal’s killing. And though the story of the dozens of Botswana’s elephants in September last year was disputed by the government’s account, poaching of elephants for tusks is real and a constant cause of concern.