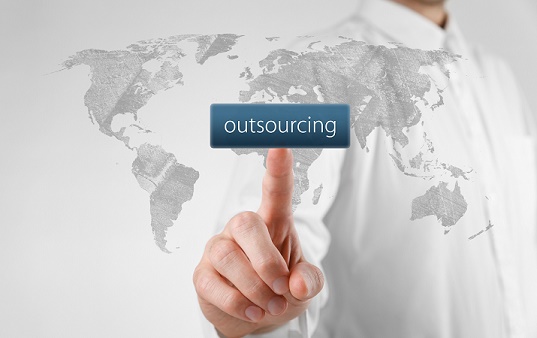 Outsourcing has become integrated into the vocabulary within daily activities, especially when it comes to economic forecasts, political elections, and business models. Most of the discussions about outsourcing remain focused on jobs, wages and policy of how to prevent as little outsourcing as possible. While much attention is placed on the effects, yet not much is presented for the explanations of how such actions occur.

Most countries have aligned national labor laws with the International Labor Organization (ILO) standards to ensure that employers provide humane and equal working conditions. A few counties that are not part of the (ILO) are Andorra, Bhutan, Liechtenstein, Micronesia, Monaco, Nauru, and North Korea. In addition to using the prevailing international regulations, different countries apply their own labor laws about governing wages, working hours, union membership, employment contracts and visa requirements.

Government oversight helped form the World Bank, July 1944, the International Momentary Fund (INF) December 27, 1945 and the International Trade Organization 1947-1948, now known as the World Trade Organization or (WTO), January 1, 1995 and regulates close to 98 percent of all global flows of trade with 164 member countries. Such efforts were put in place to both encourage trade, increase trade, and create a seemingly more peaceful and prosperous world that made the world more interdepend on each individual country successes.

The WTO, oversees international trade rules and the enforcement of fair trade practices among countries. If a company were to extend its reach into foreign markets, the WTO would step in such as the case with the Anti-Dumping Agreement. This agreement allows governments to take action against companies that export products at a lower price than that at which they are usually sold in the country of origin.

All international financial transactions must be well-documented to demonstrate they are lawful and authentic.

This law prohibits either directly or indirectly paying or offering to pay money or anything of value to a foreign official to obtain an improper advantage in securing or retaining business.

Prohibits inducing a foreign official through an offer, payment, promise, or gift to misuse his or her official position in order to obtain preferential legislation of favorable regulation. Anything of value may be included to the use of materials, facilities or equipment, entertainment, meals, lodging, and transportation.

A foreign official includes employees of state-owned or controlled entities such as hospitals, laboratories, and businesses.

The punishment for the violations of such law is considered a serious criminal penalty against the individual who made the unlawful payment or gift and the entity on whose behalf such payment or gift was made.

This is the administration that enforces economic and trade sanctions to protect against threats to national security, foreign policy, or the economy. Sanctions may be comprehensive embargoes, which prohibit most activities with the embargoed country, or targeted sanctions that ban specific activities with or within a given country.

The reasoning for this law is for seeking out the cutting off of funds to hostile countries and regimes, terrorists, and international narcotics traffickers. Any violations for such offenses may result in civil or criminal penalties.

Bureau of Industry and Security (BIS)

This oversight committee maintains separate lists of individuals and entities with which one may not engage. Such lists are routinely checked before entering into business transactions with a foreign person or entity. This list contains anything from denied persons, entity, unverified, debarred parties, nonproliferation sanctions, money-laundering, concealing the identity, source, or destination of money for illegally obtained money, support to foreign terrorist organizations or (FTO’s).

Other controls such as knowingly providing “material support or resources” to any foreign organizations that engage in or threaten to engage in terrorist activity that threatens the security of the U.S. or its citizens, and this includes “any property, tangible, or service, training, expert advice or assistance, personnel and transportation, expect medicine or religious materials.”

This is somewhat similar to traveling overseas, in most countries there is no restriction on the amount of currency or monetary instruments that can be exported or imported, but amounts over $10,000 must be reported to U.S Costumes and Border Protection. Each report must be made on the Treasury Department’s (Financial Claims Enforcement Network Form 105). When returning to the U.S. with an excess of $10,000 in cash, you must disclose the currency on the Costumes Declaration Form 6059B, routinely given to arriving passengers. Anyone with a financial interest in or through signatory authority over a financial account in a foreign country, where accounts exceed $10,000 at any point during a calendar year, they would be required to report on the Treasury Form TD F 90-22.1.

The Alien Tort of Claims

The legal term for the word “Tort” comes from the Latin term “torquere”, which means “twisted or wrong”. Inside international law is a clause known as ATCA (Cases Against Foreign Companies). The subsection of this term is an understanding for “international comity”. Principles of international comity, both permits and encourages federal courts (of a foreign country) to defer to the predominant interests of foreign nations and their tribunals that are deeply rooted in the U.S. jurisprudence. It urges judicial restraint by U.S. courts over cases having strong foreign elements, just as perhaps the United States would expect a foreign court to do in the reverse situation.

In cases involving U.S. companies overseas, the laws of the United States, rules and regulations simply don’t have to be applied. Each company would have to comply by the laws of the country upon which they operate, it’s that simple. Very few international laws are in place that regulate corporations effectively, aside from human rights violations. It is estimated by data from the U.S. Department of Commerce from 2000 – 2010 that the U.S. multinational corporations cut their workforce by 2.9 million while shifted millions of jobs overseas by 2.4 million, most of those jobs were in the manufacturing industry.

Any violations of such laws or a failure to comply, could result in a fine of up to $50,000 or five times the value of the exports involved, whichever is greater, and imprisonment could result of up to five years. This law falls under the International Emergency Economic Powers Act.

To keep labor cost low and to raise sales and profits. Most companies have very ambitious sales and profit targets. Bigger companies feel the need to look outside their boundaries for an even bigger market. The ability to compete successfully in both domestic and international markets will depend on a company’s ability to attempt to match the resources of competitors.

Along with the need for companies to cut cost through cheap labor is the fact that the benefits they would have to pay out to the each individual worker in the U.S. would be cut. In turn this increases the capital as well as possibly lowering the cost of the products to the consumer.

When it comes to the tax loop holes of multinational corporations, it is a mostly outdated tax code to begin with, and the corporate model is forefront to this fact. The Tax Foundation, had a profound statement while addressing these concerns by saying, “a key criticism of the worldwide system is that it does not value neutrality, the economic principle that tax systems should not reward or punish based on investment location but rather should apply the tax code neutrally to all activity.”

In conclusion, while in recent years several incentives have been pushed forward to attempt to stop “tax inversion” and ultimately prevent jobs from going overseas. Corporations will continue to look for strategies to cut cost, while increasing capital. From the point of view that every expense a company has is pasted on, corporations don’t pay taxes if taxes increase, they have lobbyist and public relations firms that attempt to help them create best possible image.

The rule of law always proves to be very weak in light of the “illusions” of societies that are sometimes obsessed with materialism, wealth and power.