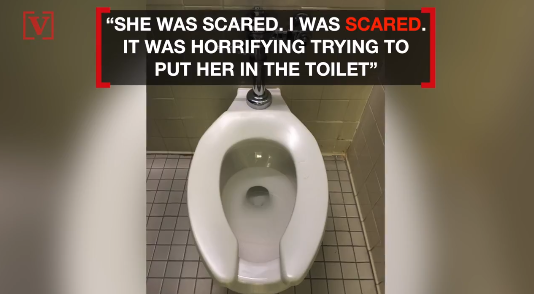 For many who saw the news of a support hamster killed by drowning it down an airport toilet, it was cruel and insane. This young woman, Belen Aldecosea, who was flying from Maryland to Florida, flushed her emotional support hamster “Pebbles” down the airport toilet. And her excuse for doing so? She says the airline told her to do so. Lame and pathetic!

What’s more alarming she is allowed a replacement rodent. Really? Whatever happened to animal rights there? She kills her “emotional support” animal claiming the airline told her so – and the airline denies doing it – and she quickly gets another rodent!

Animal rights advocates are asking for justice for the little animal destroyed by the woman and quite a few petitions have been launched. The one I signed is at LFT. If you haven’t yet signed the petition please do so now. It is important to charge this young apparently mentally unstable woman with animal cruelty and immediately remove any/all animals from her possession over safety concerns.