Muslim scholars, rape, and hotel rooms—these are the common tags in many cases of abuse of women by high-profile religious figures. The new case making news in this string of abuse is that of Tariq Ramadan who has been charged with rape in France. 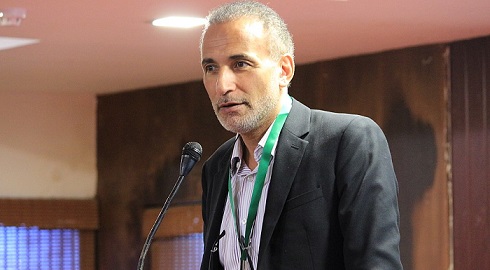 Two women have come forward to accuse Ramadan—who is the grandson of the founder of Egypt’s Muslim Brotherhood—of rape and the police has charged him of the same after intense questioning. Both women accused him of raping them in hotel rooms in France.

It’s not a surprise that culprits choose to engage in sexual assault attempts in hotel rooms as that is the place as that’s the kind of place to allow you privacy and the freedom to do what you would dare not in a neighborhood where people know you—speaking generally—and keep an eye on who enters and leaves a house.

The case brings to mind the 2016 killing of Pakistani social media celebrity Qandeel Baloch whose pictures and video of socializing with Pakistan’s well-known cleric Mufti Abdul Qavi in a hotel room is believed to have led to her killing. Qavi remains a suspect but has recently been granted bail while the case continues to be heard at a court. Although there are no rape allegations in Baloch’s case, but in a society like Pakistan a stranger woman’s pics with a religious scholar in a hotel room implies an illicit relationship or at least soliciting.

The other common tag that could follow the three already named in such cases of course is ‘death’. Qandeel was killed and one of Ramadan’s accuser, Henda Ayari, received death threats after she named Ramadan as the rapist.

It’s probably not unfair to ask the question why women choose to meet religious scholars behind closed doors in hotel rooms. There may be good reason to trust those men. But isn’t there stronger reason still not to trust them when many such incidents have been reported already? It’s a culture where evil lurks in places where you expect it the least. It’s certainly appreciable to speak up and further the “Me Too” hashtag. But better yet is to be protective of yourself, and yes, always keep those mics and cams on to make sure there’s good evidence of what passes in the privacy of a hotel room.