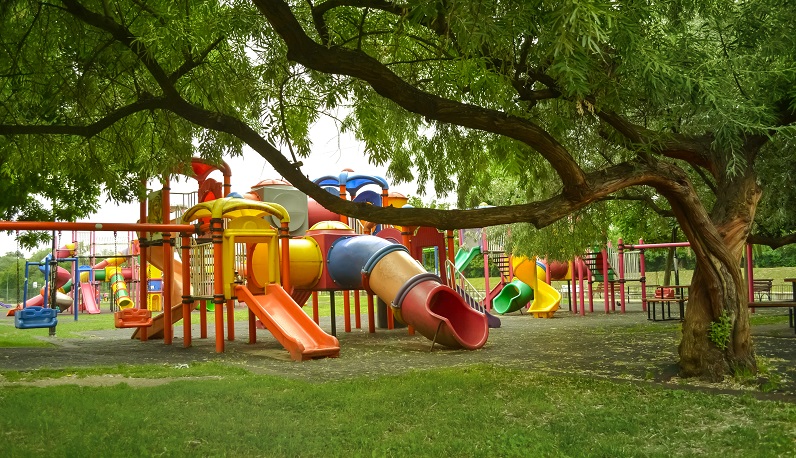 I would like to tell you a quick story about a man who took a drive around town one day. He drove past some beautiful homes with large back yards. In these yards were a number of play things for little children to enjoy. While the yards looked beautiful, where were the children? My friend was astonished at the number of unoccupied swing sets that he saw. Not only were the swing sets unoccupied, but so were the back yards. He could only reach one conclusion, a conclusion that many of us share. Generally speaking, children are no longer playing outdoors. They are inside with their video games, smart devices, and other forms of technology to occupy their free time.

I can comment about children having smart phones, but I won’t do that now. I will just say that I am very concerned about the health and growth of these kids, both physically and mentally. They don’t want to run around, get tough, go into the trenches, and do everything else that we once did as children. As far as I’m concerned, when a child just sits at home pressing buttons, he’s not really growing. He’s not exposed to verbal communication, proper exercise and adventure. He’s just using his eyes and straining his neck.

Some of you might feel that this is perfectly all right because of the times we live in. That may be so, but think about this as if we are talking about your own child. What would you, as a parent, tell your child if she just sits at a smart device all day long while you know all the benefits she’s missing out on? As far back as I can remember, children were always outside in my neighborhood playing. In the past several years, it’s been extremely rare to see one child outside during an entire summer. I don’t think it’s because children no longer live here. I know they do. It’s all about the technology taking over their lives at such a young age.

Parents need to be selective about when their children should use technology. I regard technology the same as toys. Don’t most parents tell their children when to put their toys away? I’m sure that when we were all kids, we hardly ever took our toys to school or latched on to them continuously. Sometimes we put them away, went outdoors and did other things. We let out our aggressions, exercised, and had fun. We became well-rounded and learned about nature. We talked with one another, got mad at one another, and basically learned social interaction at a very young age.

I am worried about the futures of children who do nothing but go to school, watch television, and play with their smart devices. I am concerned about their physical, mental, and social wellbeing. How will future generations of children behave under these circumstances, and how will this behavior affect our country’s leadership and management moving forward?

Related: 11 Ways to Have Quality Family Time at Home

One thought on “Is Technology Preventing Children from Being Children?”