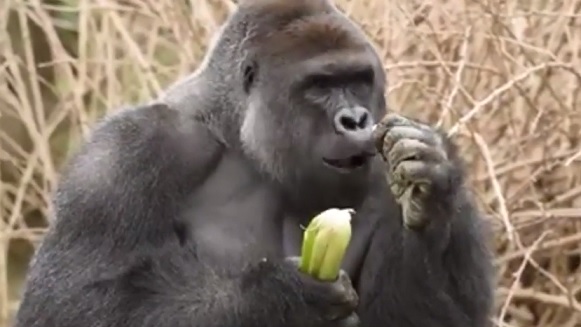 The news say it was a sad day for the zoo to shoot down a grownup Gorilla to death because a four-year-old boy fell into the enclosure of the gorillas. The 17-year-old male gorilla, named Harambe, fell dead a result of this incident.

By ABC and other media sources, Harambe picked up the child and carried it around. Scared for the boy’s

safety – well after than they should have been – the management shot Harambe dead and retrieved the child. There is report of child getting injured by the Gorilla handling it but no identification of the child nor of any hospital spokesperson or doctor to verify the exact cause and nature of injuries.

It’s a devastating incident indeed. On the one hand everybody is happy – and rightly so – that the child is safe. On the other hand the killing of a caged beast that didn’t come to live at the zoo by his choice but was imprisoned there and was the source of earning for the “owners” was killed because a negligent parent and an irresponsible management didn’t do their job.

How did the boy – just 4 – cross over the barrier and fell into the enclosure? Where was the boy’s parent at that time? Smoking weed at the zoo? And what kind of a barrier was it that a 4-year-old could cross so easily? These questions won’t be answered by the killers because all they care about is money and exploitation.

Animal rights advocates aren’t fans of zoos. These places are prisons for animals and should be boycotted in general. But this Cincinnati zoo should be boycotted immediately, in fact, sued for the horrific lack of responsibility that led to the killing of an innocent and harmless inmate – and that goes double for that dopey parent of the child who brought him to the zoo only to forget about him.