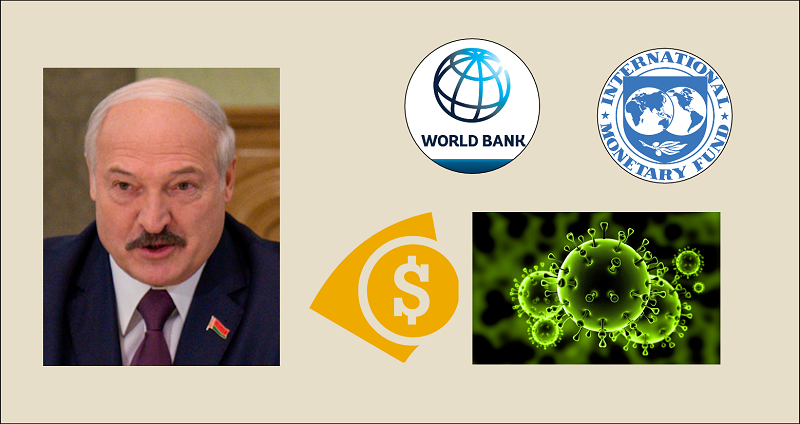 How many would really be surprised to know who is behind the worldwide lockdowns over a fake coronavirus pandemic? Two big names that have been exposed, in addition to Bill Gates, are IMF and World Bank.

Investment Watch reported a week ago that IMF and World Bank had offered Belarus President Aleksandr Lukashenko $940 million (USD) in the form of Covid Relief Aid. But they wanted President Lukashenko to impose strict lockdowns in his country as well as take other draconian measures curbing people’s freedom. The story says that Lukashenko refused to accept the aid on these terms.

Belarus President Aleksandr Lukashenko REFUSED the offer and stated that he could not accept such an offer and would put his people above the needs of the IMF and World Bank.

BelTa, the Belarusian Telegraph Agency, had reported on this offer in June this year. Their story reported that Belarus president was unwilling to accept “additional terms” to get foreign loans. The story quoted the Belarus President as:

We hear the demands, for example, to model our coronavirus response on that of Italy. I do not want to see the Italian situation to repeat in Belarus.

The story cited Belarus President Lukashenko saying that the IMF continues to demand from them quarantine measures, isolation, and even curfew. His response to these demands was: This is nonsense. We will not dance to anyone’s tune!

Belarus is one of the few countries that have remained open through the pandemic scare, thanks to the integrity of its leader, when the entire world caved in to the authority and influence of executors of the planned crisis.

It’s certainly not just the political leaders and heads of state, however, who surrendered their nations to the globalist puppet-masters like IMF and World Bank. As the Investment Watch wrote, IMF and World Bank are also bailing out the failing airlines in exchange for strict requirements for passengers on wearing masks.