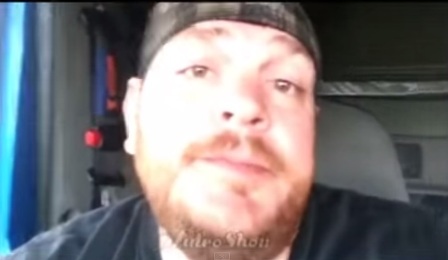 News channels and social media are abuzz today with the video footage of an Illinois truck driver telling a cop to respect the law while driving. When the cop pulled the truck driver, Brian Miner, over for honking horn at him, Miner gave the cop some grounding, asking whether he is above the law to speed on the road while using a cell phone.

The interesting part came when both Miner and the cop reminded each other that they were being recorded. In the next scene of the footage, the cop returned to Miner after checking his record and admitted that he was speeding and wasn’t paying attention to his using phone. He told Miner he wasn’t going to give any tickets to him for anything.

After the cop left, Miner talked to the cam, saying, “And that’s what happens when they know you are recording.”

The BBC video on YouTube showing the scene has received over half a million views in just two days and Miner is being hailed as a responsible citizen who taught the cop a lesson in law.

One thought on “Illinois Truck Driver’s One Cool Fella!”