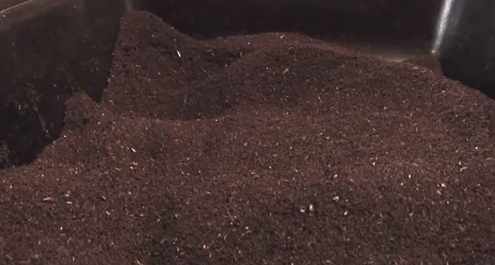 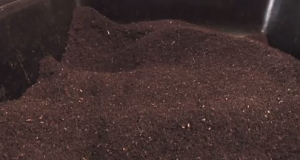 or use Styrofoam coolers for their farm, but whatever is used must be modified to fit the moisture and drainage needs of the worms.

Create Your Own Farm

The first thing to do is to fill the bottom layer of the bin with straw and newspaper. Next, lay down soil. On top of the soil, place table scraps, junk mail, and biodegradable material for the worms to eat and compost. It is important that the biodegradable material not have any meats or heavy greases, as these will cause worms to have trouble reproducing. Worms also do not do well with citrus. The farm should be pesticide free.

Worms require a certain amount of upkeep. Their castings, or vermicast, must be cleaned out every couple of months. This makes a very nourishing fertilizer for plants.

The soil must be kept damp, and drainage is important: too much water can drown worms, so make sure the farm can drain efficiently. The soil should feel like a wet sponge: if it’s any wetter, the worms might drown.

Worms must be fed as needed. If extra food scraps in the dirt turn moldy, then the worms are getting too much food. Conversely, worms won’t reproduce quickly or proficiently without adequate food.

Water drained from the bottom of a worm-bin is called casting tea. This nutrient-rich water is very good for plants that do not do well with powdered fertilizers.

Worms are very good at composting kitchen scraps. Since a worm can’t be added to a compost pile, the farm’s maintainer will need to ensure that scraps make it to the worms in their environment. Worm farming takes advantage of the fact that worms will eat their body-weight in waste on a daily basis. Worms also reproduce and double in number every 90 days. This is good for worm farmers who want to sell the worms to bait-shops or to bigger farmers.

To speed up the cycle of waste processing, blend the biodegradable scraps before putting them in the worm bins.

The cost of starting one’s own worm farm is low. Most worm bins can be made from household items, so the only real investment is the worms themselves. Investment is a proper word, too, as all of the following stories illustrate.

One man sells his worms as starter kits for $40 with shipping of $36 per pound.

One worm-farmer keeps her worms in a bin behind her sofa in the living room.

One 12-year-old earns income from selling worms for bait. This girl said she made as much as $90 in one week from her worm sales.

One entrepreneur uses cow manure to fertalize his worm farm. He gets the manure for free and then sells the worms and castings grown from the nourishment in the manure. This farmer has grown what was once just a back-yard worm farm into a 300-bin money generator.

Since food waste is responsible for a third of household waste and half of restaurant waste, worm farming makes sense as just one more way to reduce waste while creating a valuable and nutrient-rich fertilizer.

Charity Bailey, current Environmental Studies major and earth-friendly consumer. She always encourages you to take steps to keep the earth protected, but if you’re a renter and need to protect your home, Charity recommends Protectyourbubble.com renters insurance.