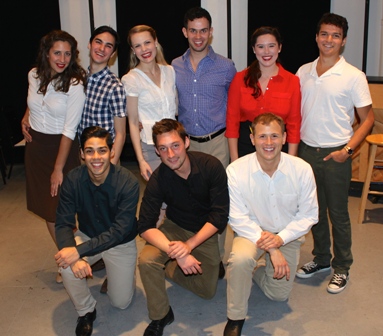 Flak House tells the story of the heroic young men who fought World War II in the air high over Hitler’s Germany, and the women who nursed their combat fatigue, helping them to be able to fly again with a week’s stay in a Flak House. With original music reminiscent of the 40’s as well as great dancing of the era- -and a love story that could only take place in war-time.

The book, music and lyrics to Flak House are written by Robert L. Hecker, who fought in WWII as a Lt. Colonel.

Visit the Flak-House-the-Musical  website for more information and updates.