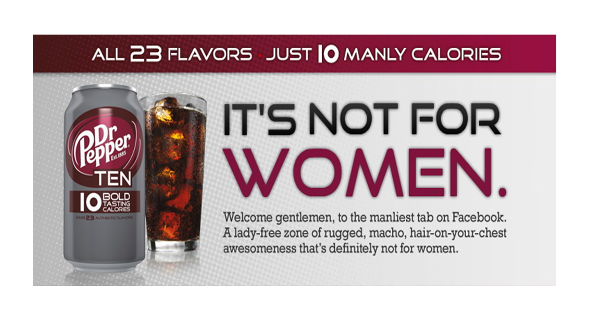 Originally made in Waco, Texas, Dr Pepper’s trademark brand is around since 1885. It was named after Dr. Charles Pepper, father of the girl that was the love interest of Wade Morrison, the drug store owner who made the drink. It became instant success in 1904 St. Louis World’s Fair. Today, the company manufactures and sells over 50 brands of soft drinks and other beverages.

The soft drink ad shown in the image is a few years old. It was promoted on Dr Pepper’s Facebook page as part of the company’s marketing campaign, apparently directed only at men.

The target audience is very clear and obvious—men, particularly young to middle-aged men who identify as manly or macho or daring kind. The words “rugged, macho, hair-on-your-chest” suggest that it is more particularly directed at men have a strong self-image of masculine physique or idealize such an image.

The wording of the ad excludes women outright, but probably attracts their attention indirectly by defying them. The obvious message is that women are weak and calorie drinks are not for them: “10 manly Calories!” But the hidden message could be read like “if you think you have balls, this is the drink for you.” And that would not necessarily exclude women, particularly those who think of themselves as unconventional or women of fashion or style.

The subtext of the ad is also more directed at the other drinks that are classified as diet drinks. By associating diet drinks with the feminine or the softer gender, Dr Pepper is saying those drinks are not worth giving a shot by men and people who like to be strong and powerful.

Interesting to compare with the earlier ad of Dr Pepper below that features a young sporty kind of female. 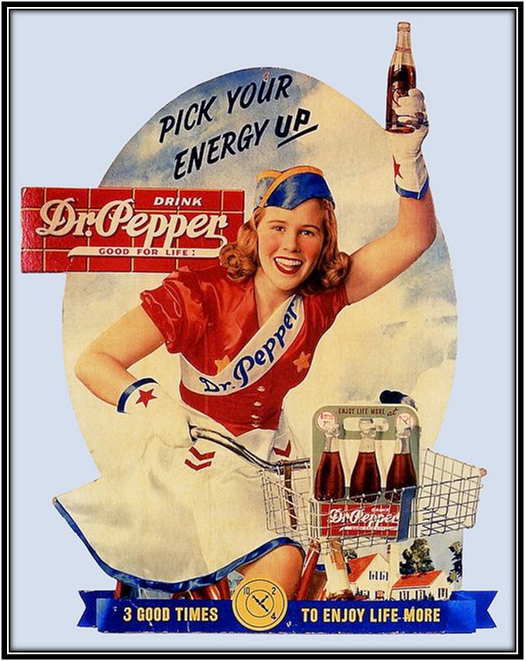