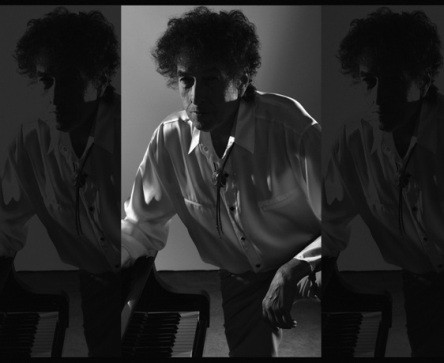 Bob Dylan has been an influential singer-songwriter and popular culture figure for over 50 years. Dylan has released over 40 albums, which combined have sold over 110 million records worldwide. As a songwriter and musician, Dylan has received numerous awards including multiple GRAMMY Awards (most notably Album of the Year in 1998), a Golden Globe, and an Academy Award. Dylan has also been inducted into many prestigious societies including the Rock and Roll Hall of Fame, Minnesota Music Hall of Fame, Nashville Songwriters Hall of Fame, and Songwriters Hall of Fame. Dylan was awarded the Kennedy Center Honor by President Clinton in 1997, and in 1998, the Pulitzer Prize jury awarded him a special citation for “his profound impact on popular music and American culture, marked by lyrical compositions of extraordinary poetic power.” Dylan has also received the Commandeur de L’Ordre des Arts et des Lettres, which is the highest cultural award bestowed by the French Government. In May 2012, Dylan received the Presidential Medal of Freedom from President Barack Obama.

The next two years brought acclaimed entries in the ongoing Bootleg Series — 2013 saw the release of Another Self Portrait (1969-1971), which restored the reputation of a much-maligned era, and 2014 saw the long-awaited appearance of The Basement Tapes Complete — and then Dylan threw a curveball for his next studio album. Released on February 3, 2015, Shadows in the Night found the singer/songwriter devoting himself to selections from the Great American Songbook in the pre-rock & roll era. Every one of the ten songs had previously been recorded by Frank Sinatra, and Dylan’s album was his version of Sinatra’s saloon songs, arranged by his own touring band.

Tickets for Bob Dylan and His Band will go on sale this Friday, February 20 at 10 am at the St. Augustine Amphitheatre and Ponte Vedra Concert Hall Box Offices. Save on fees by purchasing tickets at the St. Augustine Ampthitheatre box office, walk around the venue, scout your potential seat, and have first pick when the tickets go on sale at 10 am. Tickets also will be available at ticketmaster.com, all TicketMaster outlets, or by phone at 800-745-3000. Join the St. Augustine Amphitheatre staff for a special on-sale party beginning at 8:30 am on Friday featuring complimentary coffee and treats from Juniper Market.